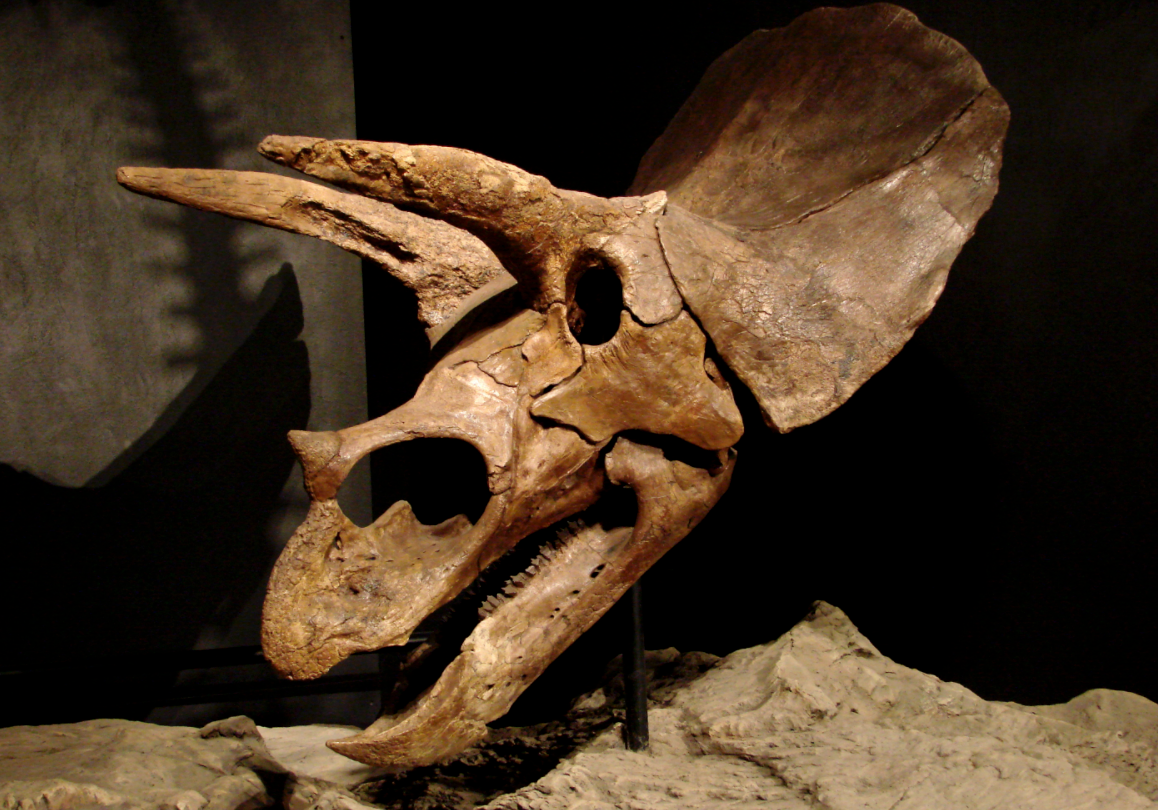 Science fiction and documentaries have painted a rather consistent picture of the mighty Triceratops over the years. With its massive, shielded head and long, imposing horns, it was a defensive plant-eater that could gut a predator with a swift head butt if needed. Indeed, with such natural weaponry, the creature would likely have been incredibly intimidating, but new research suggests that the Triceratops and many other horned dinosaurs didn’t grow their pointy weapons and ornate armor frills simply for fighting.

In a new paper published in Proceedings of the Royal Society B, scientists took a close look at the development of armored plates and horns in 46 different dinosaur species and discovered that evolution had pushed them down a very specific path. As millions of years ticked away, the horns and ornate frills many species developed all point to the need of individuals to distinguish themselves for the purpose of mating.

Sexual selection is a driver of evolution that we can easily observe in species today, but discovering the same is true for long-extinct animals is a much more challenging task. Upon looking at a wealth of fossil examples and taking many factors into account, including the number of different species in each area, the researchers saw a steady pattern emerging. That pattern, the study says, had nothing to do with species differentiation.

The researchers believe that the use of decorated frills and horns may have been used for defensive purposes when needed, but the rapid changes over generations of the species were primarily a byproduct of sexual selection, with the more impressive specimens carrying on their genes before all others. Previous theories that ornamentation was merely a way for different species to identify each other is, the researchers say, likely false.

“We have shown that species recognition, one of the commonest explanations, is unlikely to be responsible for the diversity or origin of ornamentation in this group,” lead author Andrew Knapp said in a statement. “If sexual selection is indeed the driver of ornament evolution in ceratopsians, as we are increasingly confident it is, demonstrating it through different lines of evidence can provide a crucial window into tracing its effects over potentially huge timescales.”