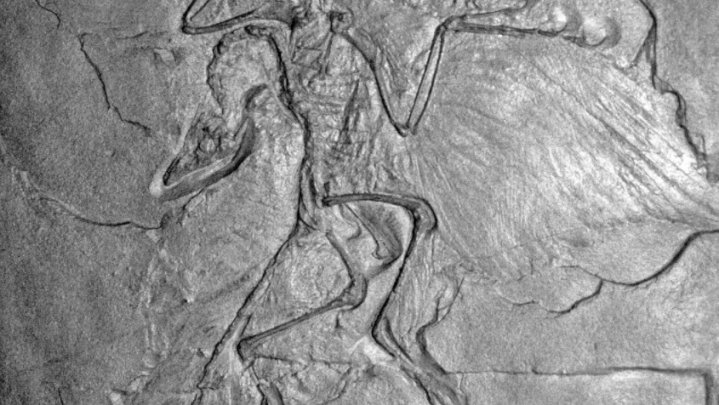 These days, if you notice a bit of dandruff on your shoulder you just stop by the drug store and grab some specialized shampoo, but 125 million years ago the birds and feathered dinosaurs just had to deal with it. A new study published in Nature Communications has revealed that the ancient creatures shed their skin in small bits rather than in large chunks like most present day reptiles. According to the researchers, this new discovery also reveals how well the animals could fly.

The scientists, who were originally studying the fossilized feathers of the dinosaurs, discovered the presence of tiny “white blobs” which they ultimately determined to be dandruff. The skin flakes are exactly the same as those shed by modern day animals, including humans.

Researchers have long questioned how feathered dinosaurs shed their skin, as it would have been rather inconvenient for them to shed it all in one piece as modern reptiles do. This new discovery suggests that shedding it in tiny flakes evolved alongside the emergence of feathers, right around the middle of the Jurassic Period.

“There was a burst of evolution of feathered dinosaurs and birds at this time, and it’s exciting to see evidence that the skin of early birds and dinosaurs was evolving rapidly in response to bearing feathers,” Dr Maria McNamara of University College Cork, Ireland, and lead author of the work, explains. “The fossil cells are preserved with incredible detail – right down to the level of nanoscale keratin fibrils. What’s remarkable is that the fossil dandruff is almost identical to that in modern birds – even the spiral twisting of individual fibres is still visible.”

The dinosaur fossils that were studied appeared to match up with those from ancient birds at the time, with dandruff being present in both cases. However, there was a key difference between the fossilized skin flakes and those from modern birds.

The skin cells of the fossils were largely devoid of the fat that is present in the shedded skin of modern birds, which the team believes is a sign that the creatures never got as warm as modern day birds do. They suggest that this is because the ancient feathered dinosaurs never flew for long periods, or were perhaps completely flightless.