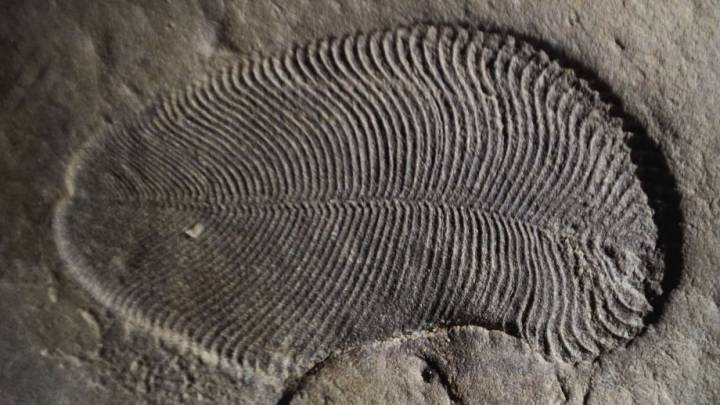 You’ve probably never heard of a long-extinct organism known as Dickinsonia. Unlike dinosaurs like the Tyrannosaurus rex or more recent extinct beasts like the wooly mammoth, fossils of  Dickinsonia aren’t particularly interesting to look at. The large, flat, ribbed blobs are mostly featureless, and the animal itself probably wouldn’t have been very exciting to observer. Nevertheless, it’s an incredibly important creature for the simple fact that it’s now considered the oldest known animal that ever lived.

You see, Dickinsonia lived over half a billion years ago, back when plants and animals were really nothing like they are today. Many of the organisms of the day were flat and ribbed and, well, boring. This makes it surprisingly hard to tell what finds in the fossil record are animals and which are plants. A new study says it’s now likely Dickinsonia was one of the earliest animals, but that’s far from a sure thing.

To get it out of the way: Dickinsonia, if it was indeed an animal, would definitely be the oldest known animal on Earth. A new paper published in Science focuses on one particular Dickinsonia fossil that was analyzed in depth. In the fossil the researchers discovered something surprising: cholesterol. Tiny molecules of cholesterol were found in the fossil and, the researchers believe, it’s all the proof we need to declare the organism to be a true animal rather than a plant or fungus.

“The fossil fat molecules that we’ve found prove that animals were large and abundant 558 million years ago, millions of years earlier than previously thought,” associate professor Jochen Brocks of the ANU Research School of Earth Sciences said in a statement.

“Scientists have been fighting for more than 75 years over what Dickinsonia and other bizarre fossils of the Edicaran Biota were: giant single-celled amoeba, lichen, failed experiments of evolution or the earliest animals on Earth. The fossil fat now confirms Dickinsonia as the oldest known animal fossil, solving a decades-old mystery that has been the Holy Grail of palaeontology.”

This all sounds pretty definitive, but others aren’t totally on board with the study’s conclusions. As Gizmodo notes, some researchers are unswayed by the study, pointing out that it’s entirely possible that the fossil had been contaminated in some way during the 550+ million years it was waiting to be discovered.