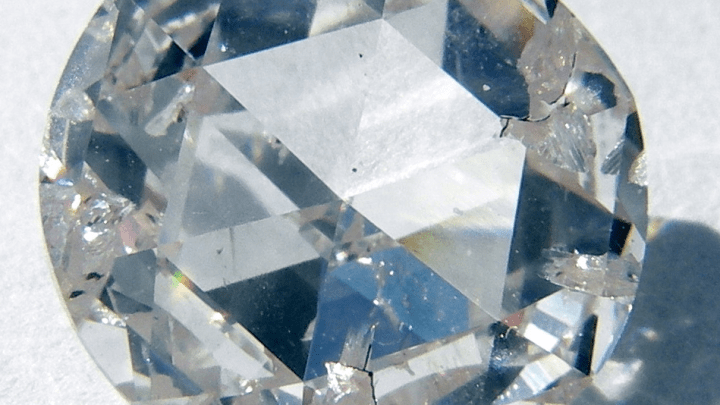 Finding a diamond on the ground would make anyone’s day. Depending on its quality, you might be able to sell it for a nice little payday. Now imagine finding a quadrillion tons of diamonds, only you’ll never be able to actually reach them. That’s exactly what researchers from MIT have accomplished with the help of seismic waves flowing through the Earth.

Using what they already know about how seismic waves travel through different types of material, the researchers took a close look at seismograph data from large-scale events like earthquakes and made a startling estimation: There’s an almost unfathomable amount of diamond deep within the planet.

The study, which was published in Geochemistry, Geophysics, Geosystems, looked at some curious behavior of sound waves traveling through the Earth deep underground. The scientists discovered seemingly unpredictable changes in the speed of the waves as they traveled along, and the only explanation that seems plausible is that the waves are speeding up when they hit large deposits of diamond.

The suspected diamond masses are thought to be located in what are known as “cratonic roots.” MIT describes these as “the oldest and most immovable sections of rock that lie beneath the center of most continental tectonic plates.” They can span hundreds of miles, and the scientists believe that they may be made up of as much as two percent diamond.

But if there’s so much diamond there, why not just start digging? Well, you wouldn’t get very far. The diamond deposits are thought to be somewhere between 90 and 150 miles beneath the surface, which is far deeper than mankind has ever reached.

“This shows that diamond is not perhaps this exotic mineral, but on the [geological] scale of things, it’s relatively common,” Ulrich Faul of MIT’s Department of Earth, Atmospheric, and Planetary Sciences explains. “We can’t get at them, but still, there is much more diamond there than we have ever thought before.”