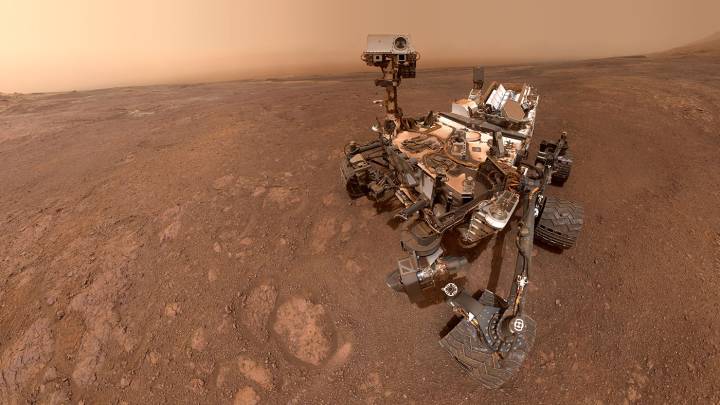 NASA has had an interesting start to 2019 when it comes to its Mars rovers. Just days after having to declare the Opportunity rover dead due to a dust storm the year prior, NASA’s last functional Mars rover, Curiosity, entered “safe mode” due to an unexplained glitch. NASA’s Jet Propulsion Laboratory called the glitch a “hiccup” at the time, but now it seems everything is back to normal.

In a new blog post, NASA explains that Curiosity is back at work and is currently examining a large rock in an area of Mars known as Midland Valley. Things seem to be going well, but some big questions still remain about the status of the rover itself.

While the team gets back to work and begins to examine the location that it just recently arrived at, they’re still working to determine what prompted the rover to enter its safe state to begin with.

“The engineering team is working hard to understand the issue that occurred on sol 2320, and upcoming plans will be dedicated to diagnostic activities,” NASA explains. “We will update you as we learn more, and in the meantime, the new observations from Midland Valley will keep us scientists busy!”

The safe mode glitch resulted in a computer reset but Curiosity began to function normally after it was back up and running. That’s good news for NASA, but determining why the rover entered safe mode to begin with is still extremely important.

NASA’s Jet Propulsion Laboratory noted that it was attempting to limit the commands it sent to the rover in the hopes that it could preserve a log of whatever errors may have been saved in the robot’s memory. The group will continue to monitor the rover and study the data in the hopes of finding the cause. As NASA’s only currently functional rover on Mars, losing Curiosity would be a huge blow, and NASA would like to avoid that if at all possible.