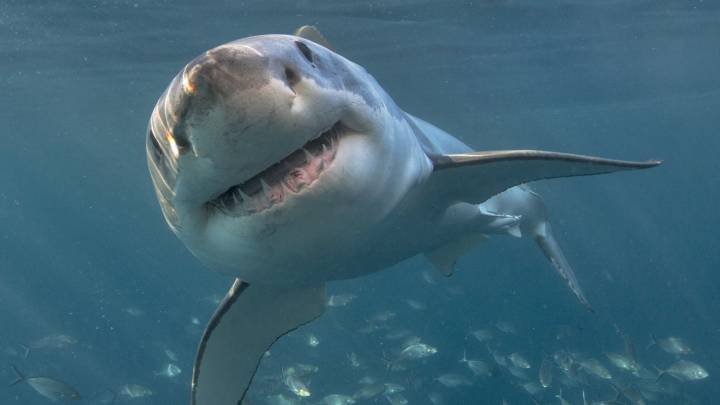 The consensus among scientists is that the novel coronavirus evolved in animals and then jumped to humans somehow, acquiring the ability to link to human cells and replicate. While some think the virus was engineered in a lab or escaped from one, we already saw proof that the virus evolved naturally and can move between species. Humans can even the infection to cats and dogs. More interestingly, authorities found that humans could give COVID-19 to minx, and the animals could then infect other humans. But coronavirus might have a significant impact on a different species without having to infect them at all. The lives of as many as 500,000 sharks might be in danger as the world rushes to develop coronavirus vaccines that need a substance produced by shark livers in order to work.

The livers of sharks produce a substance called squalene, a natural oil that is often used as an ingredient in vaccines. It’s called an adjuvant and it increases the effectiveness of the main vaccine compound by creating a stronger immune response. GlaxoSmithKline uses shark squalene in flu vaccines, Sky News reports. The company said in May that it would manufacture a billion doses of the squalene adjuvant to be used in coronavirus vaccines.

The report indicates that some 3,000 sharks are needed to extract one ton of squalene. California-based Shark Allies estimated that a quarter of a million sharks would have to be slaughtered for squalene so the world’s entire population can receive a single dose of a COVID-19 vaccine. Most vaccine candidates require two shots a few weeks apart, so the shark death toll would double to 500,000. It’s still unclear how long immunity would last after immunization. Should we require additional shots in the years following the initial one- or two-dose treatment, much more squalene would be needed.

“Harvesting something from a wild animal is never going to be sustainable, especially if it’s a top predator that doesn’t reproduce in huge numbers,” Shark Allies founder Stefanie Brendl said.

“There’s so many unknowns of how big and how long this pandemic might go on, and then how many versions of it we have to go through, that if we continue using sharks, the numbers of sharks taken for this product could be really high, year after year after year.”

If that shark death toll seems incredible, it’s actually a smaller increase than you might think. Sky News says that conservationists estimate approximately three million sharks are killed every year for squalene, which is also used in cosmetics and machine oil. That said, the extra demand for coronavirus vaccines could endanger some species with livers that are particularly rich in squalene.

It’s not all bad news, however. It will be a logistical nightmare to produce 15 billion doses of vaccines each year, assuming vaccines are effective and efficient. That’s a figure that would account for the world’s entire population getting two doses. Making 8 billion vaccine doses a year seems highly unlikely as well. Moreover, people seem to be increasingly wary of the first wave of covid vaccines, which means even fewer doses will be needed since many people will refuse to be vaccinated. Also of note, some scientists are working on using a different adjuvant that would spare sharks. It would be a synthetic version made from fermented sugar cane.

Finally, there’s always a theoretical chance that vaccines will not work. We’ll have to wait a few more weeks to find out whether any of the frontrunners are safe and effective.