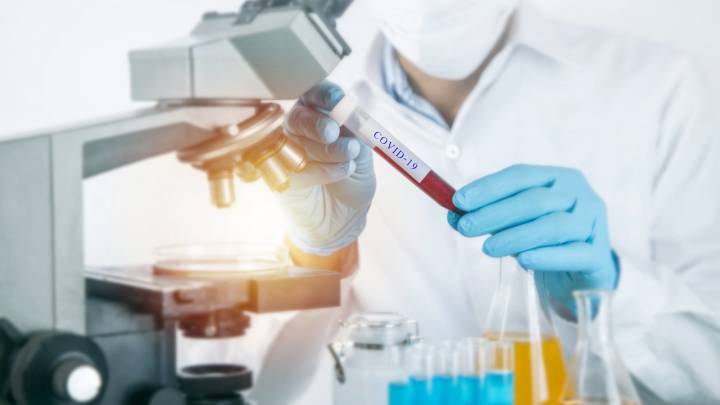 A combination of factors has allowed the scientific community involved in the development of vaccines to advance coronavirus vaccine development at an impressive speed, far exceeding expectations. Initial estimates said the first COVID-19 vaccines could be approved within 12 to 18 months from the start of the pandemic, which seemed like wishful thinking. But experts like Dr. Anthony Fauci explained time and again how we were able to fast-track vaccine research for this particular pathogen.

For starters, scientists sequenced the SARS-CoV-2 genome soon after the virus was first detected, allowing several teams to start their research programs. As the research reached clinical trials, some of these companies already began manufacturing the drugs to have them ready if the Phase 3 tests confirm they are safe and effective. Investments from large pharmaceutical companies that partnered with smaller teams, funding from governments like the US, and money from other sources like the Bill and Melinda Gates Foundation have helped advance the COVID-19 vaccine effort at a rapid pace. But researchers and health officials have said time and again that vaccines will not be rolled out before the final Phase 3 trials are completed. Now, the FDA has further reiterated the importance of having scientific proof that the vaccine candidates work by confirming that an independent panel of reviewers will analyze data from the Phase 3 trials.

Over 170 vaccine candidates have been registered so far, and at least six of them have reached the final stage of testing — three in China, and three in the US and Europe. A seventh drug candidate from Russia is also in Phase 3 and has already received emergency use authorization. Scientists involved in all the projects (aside from the Russian drug) have published papers that detail Phase 1 and Phase 2 trials so far. Russia went ahead and approved its drug for emergency use without proving to the world the vaccine works, prompting plenty of criticism. News then came that China had already approved its three most advanced vaccine candidates for emergency use, also prior to the completion of Phase 3 trials.

We haven’t been quite as reckless, but the FDA did issue an emergency use authorization (EUA) for convalescent plasma treatments in COVID-19. Plasma transfusions have saved lives so far, reducing coronavirus complications in severe patients. Some studies have proven that plasma treatments can be useful if given early after admission, and if they contain high quantities of neutralizing antibodies. But none of the studies met the standard requirements that regulators need when approving drugs. The FDA approved the drug even without access to a randomized, placebo-controlled, double-blind plasma study that would deliver more objective results.

FDA commissioner Stephe Hahn was criticized for the way he endorsed the treatment during a White House briefing, and he acknowledged his mistakes on Twitter in the days that followed. But the conversation already moved to vaccines, as some reports indicated that President Trump might pressure officials to approve a COVID-19 vaccine for emergency use before the presidential election in early November.

Hahn said recently that vaccine makers could ask for an EUA before the Phase 3 trials are finished, and the FDA would have to make a determination. But he made it clear that politics will not play a role in the FDA’s decision.

Separately, Dr. Fauci explained that issuing emergency approvals before the data can prove a vaccine is safe and effective would jeopardize the entire research effort. In remarks that followed, Fauci said that we might have an answer on vaccine efficacy in November, and then he said a vaccine might be ready by the end of the year. Even in such a case, a successful vaccine would not be immediately available for large vaccination campaigns. At-risk categories, including the elderly and healthcare workers, might be the first to get access to vaccines during emergency immunization programs. Fauci noted that the only way we could have a vaccine early is if the drug performs remarkably well in Phase 3 trials, and then a safety panel could stop the trial so that that the placebo cohort could also be immunized.

Hahn’s comments come alongside many other COVID-19 drugs developments from the past few weeks, including President Trump’s remarks on Twitter about a so-called “deep state” within the FDA that might delay COVID-19 vaccine results until after the November 3rd election. Commissioner Hahn took to Twitter on Wednesday to provide more reassurance to the American public, reports Reuters. He said that the FDA will organize meetings with independent groups of experts to review the data from coronavirus vaccine research and advise the agency.

The meetings will reinforce the transparency of the process as FDA reviews data from trials now underway. The entire FDA scientific and medical staff is firmly committed to an objective review of the data.

“The meetings will reinforce the transparency of the process as FDA reviews data from trials now underway,” Hahn said, adding that the meetings will be public, giving the public an opportunity to comment. Previously, the FDA said that it will be holding a meeting of its advisory committee on COVID-19 vaccines on October 22nd. Additional meetings will take place as applications for coronavirus vaccines are submitted.