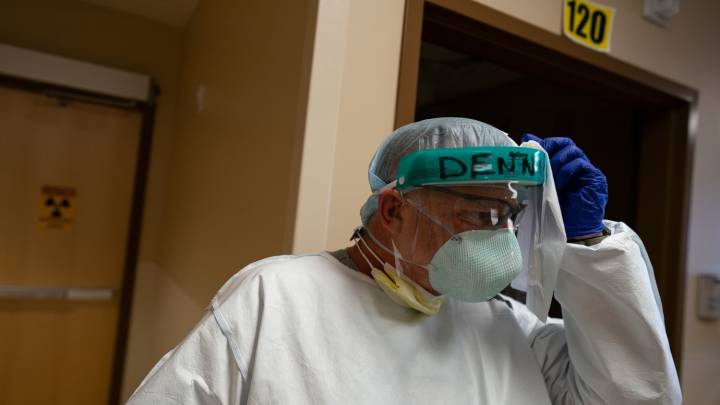 Most of the time, when you read about doctors associated with the medical humanitarian group Doctors Without Borders, it involves their work in conflict zones around the world — places like Yemen and Syria, where the consequences of war have ravaged the population — and, in the group’s own words, in hotspots where they’re called upon to “provide basic medical services when national health systems have collapsed.”

A team of nine doctors (including physicians, a water sanitation specialist, and three nurses/midwives, among others) has been dispatched to the Navajo Nation in the southwest US, which includes around 170,000 people and which has been hit particularly hard by the coronavirus. To give an example of just how much, recall that health officials have been repeatedly stressing that vigorous washing of the hands is one of the most effective weapons against the coronavirus. And yet, about 30% of the population in the Navajo Nation doesn’t have running water where they live.

“There are many situations in which we do not intervene in the United States, but this has a particular risk profile,” said Jean Stowell, who leads the US COVID-19 response team for Doctors Without Borders. “Situationally, the Native American communities are at a much higher risk for complications from COVID-19 and also from community spread because they don’t have access to the variety of things that make it possible to self-isolate… You can’t expect people to isolate if they have to drive 100 miles to get food and water. “

A number of other factors are making the situation worse and led to the arrival of the Doctors Without Borders team. For one thing, as of early this month, the region’s coronavirus death rate was higher than that of 46 states. Navajo Nation is also something of a “food desert,” and people there have a higher-than-average rate of health problems like hypertension and diabetes.

“When we’re looking at the epidemiologic curves from the rest of the world, we know that this is a long haul,” Stowell told CBS News. “So, at this point, that team is planned to be there until the end of June.

“You know, there is quite a lot of interest in responding to the needs of Native communities, but there are also enormous needs. And it’s not so quick to mobilize things that you really have to start from the ground up. These were bigger problems long before COVID-19.”