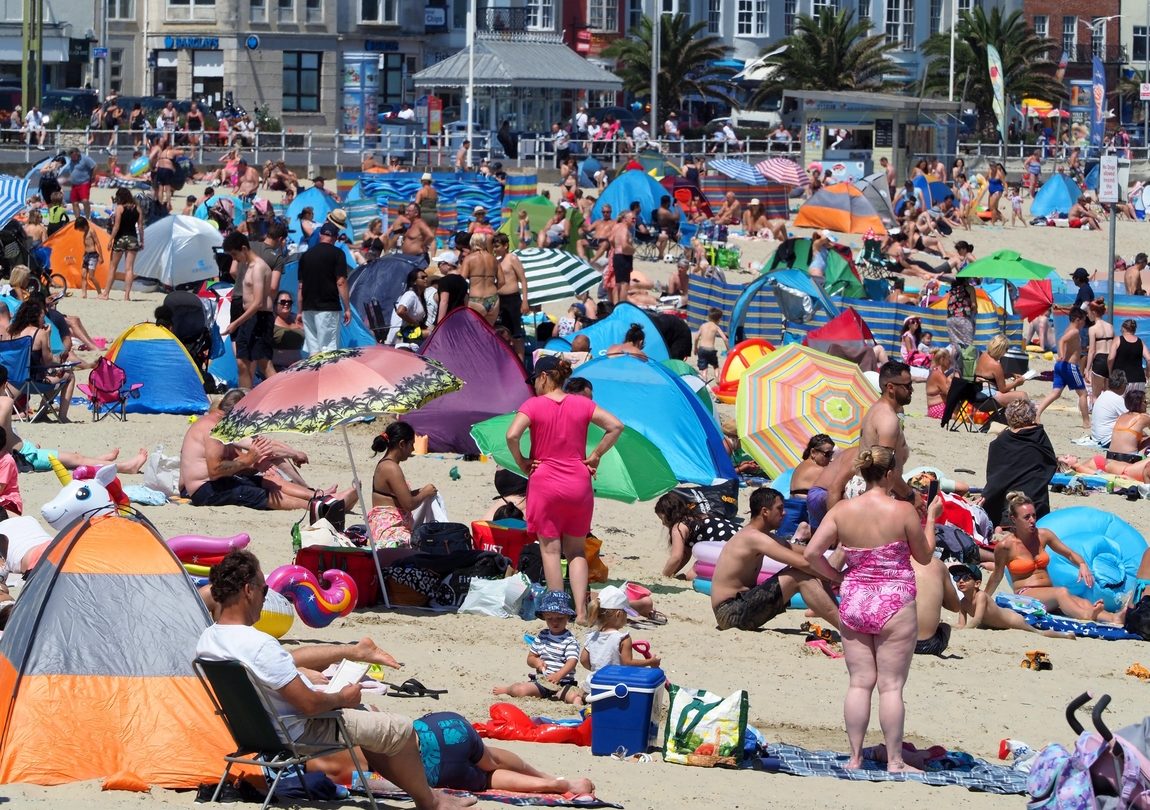 Everyone knew the next phase of the coronavirus pandemic was going to be like this, characterized by a rise in cases as cities, states, and countries around the world gradually open back up again and ease lockdown measures.

Nevertheless, the spikes we’re seeing right now are pretty concerning. According to an NBC News tally, for example, the US hit another single-day record for new coronavirus cases on Wednesday, when it registered 45,557 confirmed infections. The previous high was back on April 26th, according to the same tracking data, when more than 36,000 cases were reported. But it’s not just the US that’s dealing with frightening surges. The situation got so extreme in England at one point this week that a “major incident” was abruptly declared.

What was the incident, you ask? Well, the British government didn’t call it sheer human stupidity, but that’s what it was. Earlier this week, local authorities in the county of Dorset warned people to stay away from the beaches there, despite the fact that temperatures had reached the hottest point for all of 2020 thus far. Nevertheless, as you can see from the images both at the top of this post and below, people did not heed the advice and chose instead to enjoy the warm weather rather than behave as if we’re still in the middle of a pandemic.

As CNN reports, they packed the area’s beaches by the thousands, overrunning them with cars and people soaking up some sun, as you can also see here:

Considering what we are told we can't do and live sporting events have to exclude fans, could anyone offer a sensible explanation as to how this is then deemed acceptable?
Bournemouth beach in Dorset UK! pic.twitter.com/Ha3X76SuPv

As a matter of fact, the beaches were so packed that local officials said they’d removed more than 40 tons of waste by Thursday morning from the coastline.

Per CNN, the Bournemouth, Christchurch, and Poole (BCP) Council leader Vikki Slade said she was “absolutely appalled” and issued the following statement: “The irresponsible behavior and actions of so many people is just shocking and our services are stretched to the absolute hilt trying to keep everyone safe. We have had no choice now but to declare a major incident and initiate an emergency response.”

This comes ahead of the UK lifting more lockdown restrictions on July 4. However, as this latest incident shows, the road to getting there has not been smooth for the UK overall. On June 13, for example, a pair of illegal raves were held near Manchester in the north of England, drawing several thousand people. And just this week, at least 22 police officers were injured after a street party in London turned violent.

For an overall sense of whether the country stands right now, according to the latest numbers from Johns Hopkins University, there have been more than 309,000 reported coronavirus infections to-date in the UK. And, according to those same figures, more than 43,000 UK deaths from the virus have been reported.