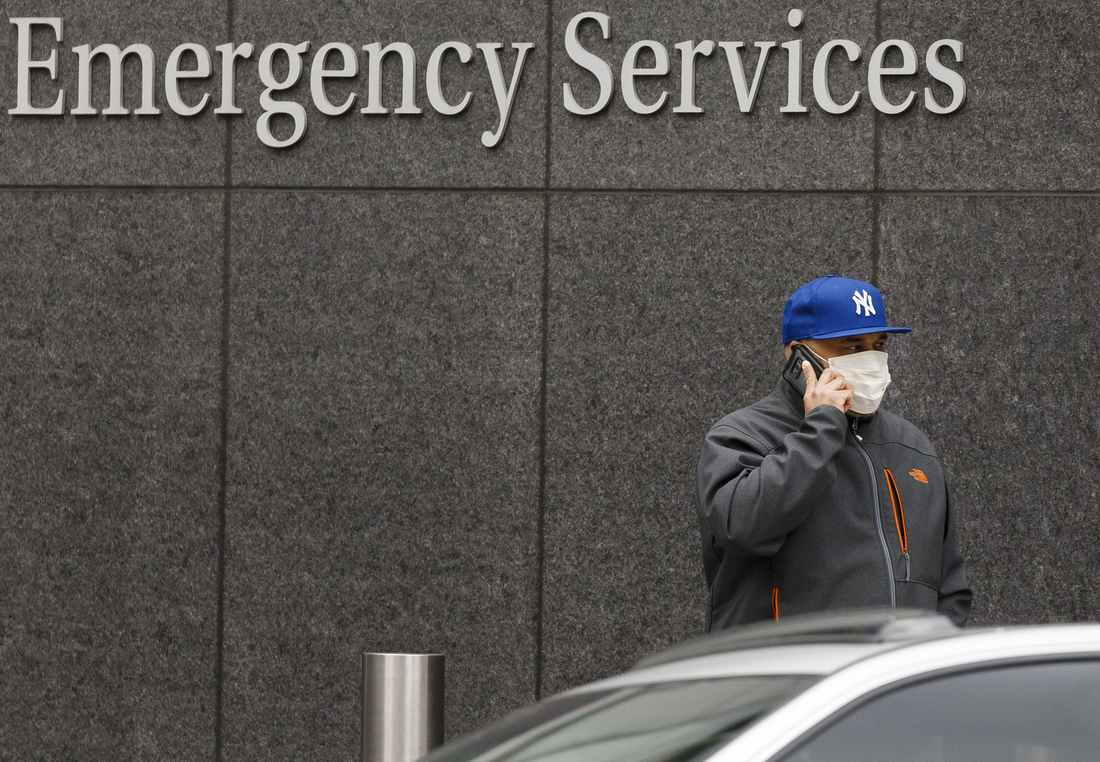 We should all be wearing masks to reduce the risk of COVID-19 transmission, said the general director of the Chinese CDC in an interview recently. That’s contrary to the current guidelines in Europe and the US, which state that only people who suspect they might be infected with the novel coronavirus should wear masks in public.

At the same time, there’s a shortage of masks and other protective equipment for healthcare workers and first responders, so any available supply should go to them. But new research out of Japan shows that talking to an infected person while not wearing a mask increases the risk of getting COVID-19.

For months now, you’ve been told to sneeze or cough into your elbow or a tissue, or to wear a mask to avoid the spread of the disease. You’ve also been told to stay some six feet away from other people. The droplets containing viral loads aren’t likely to reach you if you stay far enough away from an infected person. Gravity will take care of them before they land on you.

You can still get infected by touching one of those droplets and then inadvertently touching your mouth, nose, or eyes. That’s why you should be washing your hands often and avoiding touching your face.

As you’ll see in the video above, the president of the association, Kazuhiro Tateda, explains that when we talk, we also emit invisible micrometer particles. Micro-droplets if you will. These tiny particles are smaller than the cough droplets, and gravity won’t pull them down. As a result, they can stay in the air for a longer stretch of time, and they can reach you with greater ease, especially if you’re not covered by protective gear.

To prove the theory, NHK and a group of researchers used a high-sensitivity camera and laser beams to record droplets’ behavior during a sneeze and during a regular conversation. The clip shows that large droplets fall to the ground after a sneeze, while micro-droplets persist in the air.

More interestingly, these micro-droplets appear on film even during conversation. They’re so small that you can’t see them with the naked eye. Therefore, you wouldn’t realize the danger you might be exposed to. The researchers have no idea how many such micro-droplets you’d have to inhale to get COVID-19, but they can’t rule out the risk of getting the disease that way.

The researchers simulated what happens with a cough in a closed room, and concluded that the micro-droplets could persist in the air for up to 20 minutes. Everyone in that room would be exposed to them.

The video also shows that a simple solution like opening the window and creating a draft would be enough to prevent the stagnation of micro-droplets. The video also proves that social distancing is one of the best things you can do to minimize the risk of infection. That’s why so many businesses have closed their doors and why people are encouraged to work from home in many countries when possible.

However, the video indicates that you should consider using protective gear when going out, including masks and glasses. If this theory is right, then prolonged exposure to micro-droplets at a grocery store might be enough to give you COVID-19.

The CDC still maintains its advisory that masks aren’t required in public unless you’re sick. And they’re probably right. There’s really no point hoarding face masks when medical personnel and first responders can’t get them with ease. But if this research turns out to be right, we may soon need to consider protecting our faces with some sort of mask when interacting with other people during the pandemic.