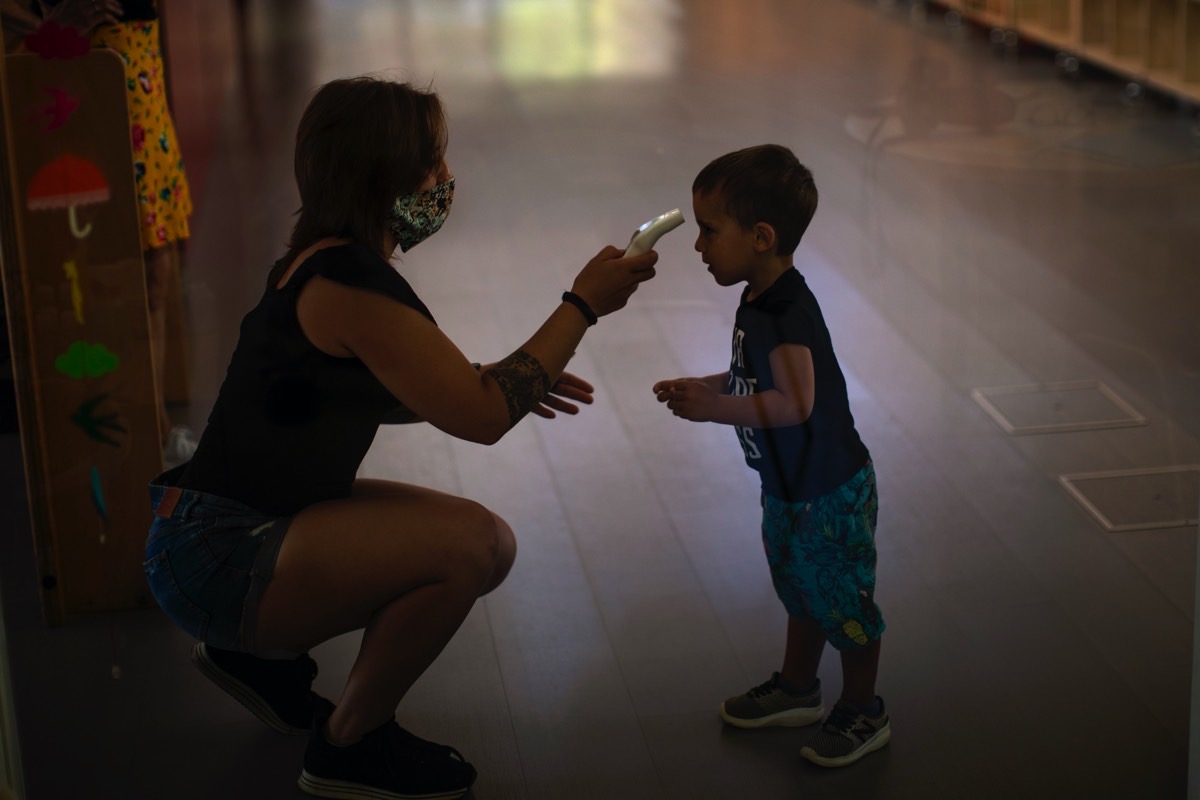 The novel coronavirus pandemic ruined the school experience for both children and their parents. All age groups of students have had to study remotely via video conferencing apps in the past few months, as authorities grappled with the health crisis. The closing of schools may have prevented additional cases of COVID-19, as families and teachers isolated themselves during mandatory or voluntary lockdowns. The upcoming school year might be similarly compromised, at least part of it, and at least in certain regions, given the massive surge in cases in the US. There’s an ongoing debate about opening school safely, considering the risk of infection.

Children can be infected with the novel coronavirus. While it’s unclear how contagious they might be, there’s still a risk of them passing the disease to their educators and family members. A new study indicates that infected children can carry as much coronavirus load in their noses and throats as adults. The same research also delivers a more worrying conclusion about kindergarteners, as the scientists found that children younger than five may host up to 100 times as much virus in the upper respiratory tract as adults. The research doesn’t prove that the children are infectious, despite the virus replicating with such ease in their noses and throats.

“The school situation is so complicated — there are many nuances beyond just the scientific one,” Ann and Robert H. Lurie Children’s Hospital of Chicago’ Dr. Taylor Heald-Sargent told The New York Times. The pediatric infectious disease expert led the study that was published in JAMA Pediatrics earlier this week. “But one takeaway from this is that we can’t assume that just because kids aren’t getting sick, or very sick, that they don’t have the virus.”

The study only looked for viral RNA from samples collected from children, not the live virus, and did not measure whether the virus could replicate. That should be the next step in similar research that could prove whether children can be infectious.

Coronavirus PCR testing amplifies the genetic material in cycles to perform a reading. The more virus is present on the swab that collected the swab, the fewer cycles are needed for a positive diagnosis. Heald-Sargent discovered that children’s tests were coming back with low “cycle thresholds” (CT), which means the samples had plenty of viral RNA. The researchers then analyzed previous test results.

The researchers looked at samples collected between March 23rd and April 28th at drive-through sites in Chicago. In total, they analyzed swabs from 145 people, including 46 children younger than 5, 51 children aged 5 to 17, and 48 adults aged 18 to 65. The research excluded children who needed oxygen support from the results, and most of the kids only reported fever or a cough.

The researchers only wanted patients who experienced mild to moderate symptoms, and who knew exactly when the first symptoms occurred.

They discovered that older children and adults had similar CT values, while children under the age of 5 had lower CT. “It definitely shows that kids do have levels of virus similar to and maybe even higher than adults,” Dr. Heald-Sargent said. “It wouldn’t be surprising if they were able to shed” or spread the virus to others. The assumption seems logical, but the study doesn’t prove that children are infectious.

While the study may lack the data necessary to prove that kindergartners are contagious, it did reveal similar results to research from Germany and France, per The Times. A study from Germany showed that children aged 1 to 11 had viral loads as high as adults without showing symptoms. The France research indicated that asymptomatic children had CT values similar to those of children, which indicates a similar viral load in their noses and throats.

All this research proves that children of all ages can be infected with the virus. That’s a concern even if they wouldn’t be contagious. It’s unlikely for all the children who get COVID-19 not to be contagious. And some of the younger patients did die of COVID-19 complications, even though children aren’t likely to experience a bad case of COVID-19. On top of that, there’s also the MIS-C syndrome in children, COVID-19 complications observed by pediatricians in several countries in patients who were previously infected with the novel coronavirus.

With all that in mind, the science should absolutely stand in the way of opening schools this fall, if it turns out that the risk outweighs the benefits.

“Young children can potentially be important drivers of SARS-CoV-2 spread in the general population, as has been demonstrated with the respiratory syncytial virus, where children with high viral loads are more likely to transmit,” the scientists wrote. “Behavioral habits of young children and close quarters in school and daycare settings raise concern for SARS-CoV-2 amplification in this population as public health restrictions are eased.” “In addition to public health implications, this population will be important for targeting immunization efforts as SARS-CoV-2 vaccines become available.”