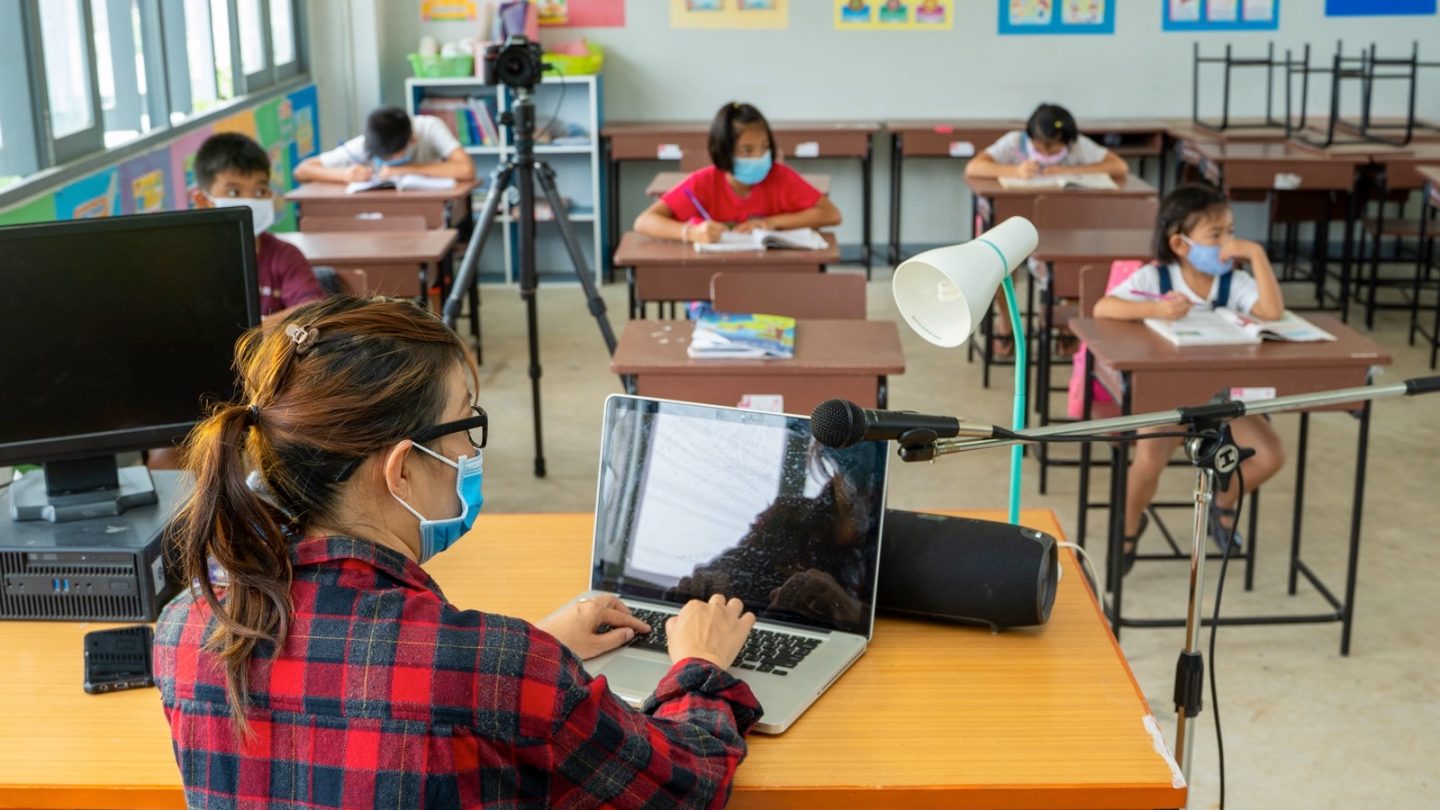 The school reopening experiment has failed extraordinarily so far for the most part, with report after report detailing the dire situation. Thousands of students have been infected in the past few weeks, from younger kids to college students. Recent reports have shown that children can develop viral loads as high as adults, which makes them a risk for anyone they come in contact with, whether it’s other children, teachers, or the families they go home to. Some schools have been more proactive at dealing with the pandemic, like the University of Arizona, which is testing wastewater in dorms to detect COVID-19 cases early. Others haven’t risen to the challenge, with a high school in Georgia going as far as to threaten students who complain about the shocking lack of safety measures.

While school openings remain a sensitive subject, there is at least some good news for parents who are worried about sending their kids to in-person classes. But it still comes with a huge caveat.

Researchers from the UK published a new study in The British Medical Journal that should “reassure” parents. COVID-19 has not caused the deaths of healthy schoolchildren, UK researchers say, although kids who have underlying medical conditions are at risk. The researchers told BBC News that the risk of needing hospital treatment is “tiny” and critical care is “even tinier.” The doctors found that black children, the obese, and very young babies have a higher risk.

The study covered two-thirds of all child hospitalizations in the UK between January and July, BBC says. The researchers analyzed data for 651 patients admitted in England, Wales, and Scotland, and found that just 1% of these children had died in the hospital compared to 27% for all other age groups. A slightly higher percentage of them needed intensive care — 18%. While these numbers may seem low, the figures suggest that a child admitted to the hospital has a one in five chance of needing intensive care. And some of these kids could still die.

The six infected children who died had “profound” underlying conditions, the study says. But 42% of the kids in the study already had a previous medical condition, with the most common ones being nervous diseases, cancer, or asthma. The most common symptoms the researchers encountered were fever, cough, nausea or vomiting, and shortness of breath. Stomach pain, headache, and a sore throat affected older children.

Nearly 8% of the children in the study developed the multisystem inflammatory syndrome (MIS-C), the early warnings of which came from the UK earlier this year. None of the children who developed MIS-C died. The scientists found that children around 10 from ethnic minorities were more likely to develop the condition. The study also brought to light additional symptoms that could occur with MIS-C, including fatigue, headache, sore throat, and muscle pain.

“There have been no deaths in otherwise healthy school-age children,” University of Liverpool Prof. Calum Semple told BBC about the new study. “There is no direct harm from children going back to school.”

Co-author Dr. Olivia Swann said she hoped the findings would be “extremely reassuring for parents across the UK.” With all that in mind, children can still die of COVID-19 complications including MIS-C. We already have a very detailed case of an otherwise healthy 11-year-old girl from Brazil whose organs were infected with the virus, and her heart ultimately gave out.

While it’s great news that most kids aren’t typically at risk of dying due to COVID-19 complications, the study doesn’t address the likelihood of infected children passing the virus to their parents, grandparents, other family members, or teachers. Children might not die of COVID-19 very often, but that’s not enough to reassurance if other family members risk being exposed to the virus as a result of school openings.