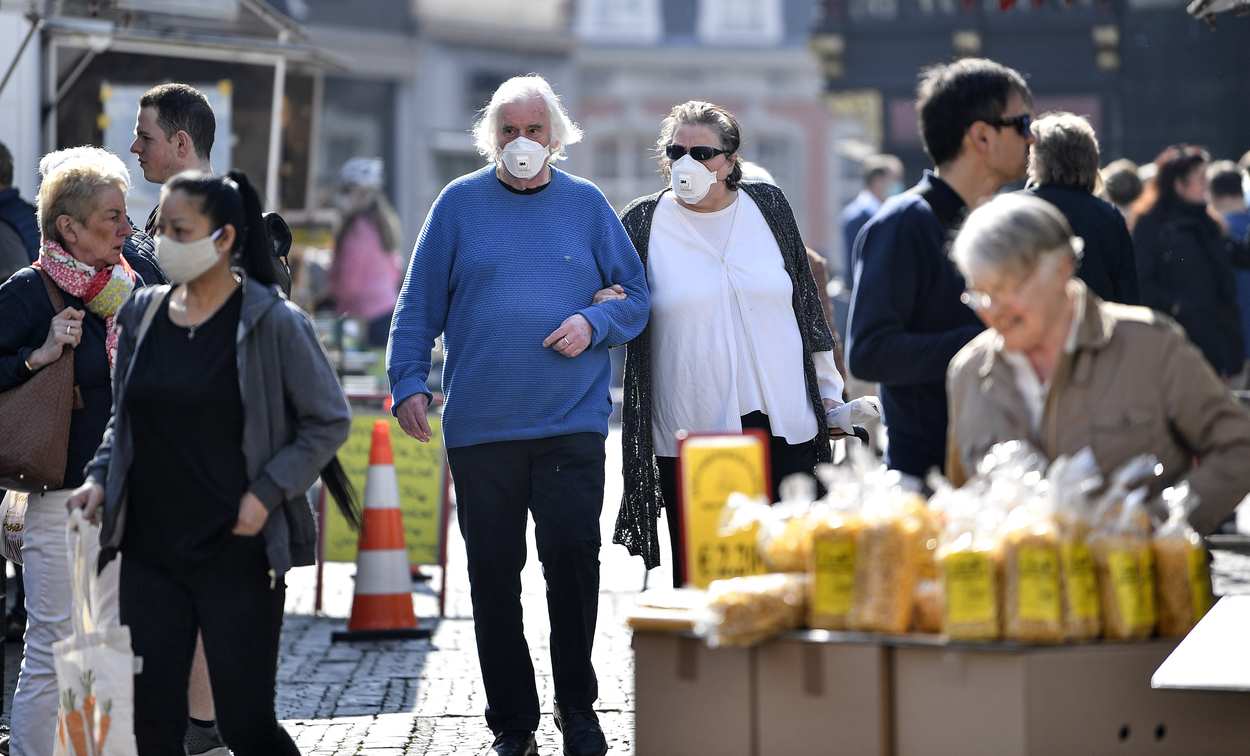 We’ve been talking about the novel coronavirus and its many complications for what feels like years now, although it’s only been a few months. Most people already know that COVID-19 can mimic a common cold or it can come and go without presenting any symptoms at all. The elderly and people with preexisting conditions are at risk of developing a severe COVID-19 case, which can often come with significant respiratory issues that can require oxygen therapy and ventilation. And now, doctors have encountered a new type of severe COVID-19 complication they call “happy hypoxia.” That’s because the patients who show this condition are in incredible respiratory distress, yet they show no real signs that their oxygen levels are dangerously low.

Low levels of oxygen could cause unconsciousness or even death, yet some COVID-19 patients are still able to function normally in their interactions with doctors. “It’s intriguing to see so many people coming in, quite how hypoxic they are,” Manchester Royal Infirmary Dr. Jonathan Bannard-Smith told The Guardian. “We’re seeing oxygen saturations that are very low, and they’re unaware of that. We wouldn’t usually see this phenomenon in influenza or community-acquired pneumonia. It’s very much more profound and an example of very abnormal physiology going on before our eyes.”

Blood oxygen levels should be of at least 95% in a healthy person, but doctors are seeing patients with much lower levels in emergency rooms, ranging from below 50% to 80%. Patients would normally lose consciousness below 75%.

Patients with low blood oxygen should appear extremely ill, but that’s not the case with some COVID-19 patients who manifest this happy hypoxia. “With pneumonia or a pulmonary embolism, they wouldn’t be sat up in bed talking to you,” Dr. Mike Charlesworth told the paper. “We just don’t understand it. We don’t know if it’s causing organ damage that we’re not able to detect. We don’t understand if the body’s compensating.”

Charlesworth, who was infected himself but recovered after a few days in bed, is an anesthetist at Wythenshawe hospital in Manchester. “I was sending very strange messages on my phone. I was essentially delirious,” the doctor said about a 48-hour period he spent in bed, during which time he thinks he may have been hypoxic. “Looking back, I probably should’ve come into hospital. I’m pretty sure my oxygen levels were low. My wife commented that my lips were very dusky. But I was probably hypoxic, and my brain probably wasn’t working very well.” Separately, other reports detailed neurological problems in COVID-19 patients that included confusion and an altered mental state. It’s unclear whether low blood oxygen levels were to blame for those symptoms.

An anesthetist in London reported an even more critical case, a woman who felt cold to the touch. “When we put the stats probe on her, her saturation was 30% on air,” he said. “We obviously thought that was wrong, as usually, patients are likely to have hypoxic cardiac arrests.” A blood sample confirmed the stats. The sample was very dark and had the blood oxygen levels of a person living at high altitudes. The patient died after being placed on a ventilator for a week.

The doctors can’t explain this new finding. The report does make note of another COVID-19 phenomenon that has been reported on widely in recent weeks, and that’s blood clotting. These clots can block the tiny blood vessels in the lungs where gas exchange takes place, and that’s what can prevent proper oxygenation.

This new report also notes that people who suspect they’ve been infected with the novel coronavirus or who know they have the disease could use a pulse oximeter device to warn them when blood oxygen drops, so they can call 911. We’ve already explained how the next-gen Apple Watch could help with this particular task, and how some wearable devices are already used for this specific purpose.