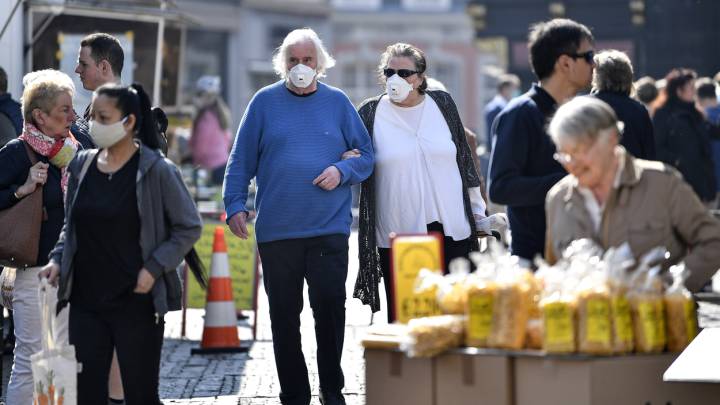 Doctors started noticing all sorts of unusual COVID-19 symptoms months ago when the novel coronavirus outbreaks started hitting European countries and the United States. Some of them were very unusual, as the disease manifested itself as a neurological condition, similar to strokes. Some patients appeared to be in an advanced state of confusion and came to the hospital to treat what appeared to be a problem with the brain. Other hospitals reported an increased incidence of stroke in younger patients during the epidemic compared to regular times. Similarly, cardiologists noticed heart attack-like issues with COVID-19 patients that were apparently caused by the disease. Soon after that, more studies came out revealing that the virus causes blood clotting, which can lead to complications and even death. Blood thinners could save the lives of patients by preventing strokes, heart attacks, and clotting in the lung, those studies said.

Fast forward to late June, and a new study from the UK reveals that brain complications might be more frequent than we thought. People infected with COVID-19 were not diagnosed just with strokes, but with psychological issues secondary to the infection.

Published in Lancet Psychiatry, the study appears to be the most significant research on the subject so far.

“There have been growing reports of an association between Covid-19 infection and possible neurological or psychiatric complications, but until now, these have typically been limited to studies of 10 patients or fewer,” University of Liverpool’s Benedict Michael told The Guardian. “Ours is the first nationwide study of neurological complications associated with Covid-19, but it is important to note that it is focused on cases that are severe enough to require hospitalization.”

The doctors followed 125 COVID-19 cases in April, with specialists observing the neurological and psychiatric complications that may have resulted from the initial infection.

The most common complication was stroke, reported in 77 patients. Not all of the strokes were the same. Blood clots in the brain (ischemic stroke) occurred in 57 patients. Nine of them had a hemorrhagic stroke. One patient had a stroke caused by inflammation in the blood vessels of the brain. Thirteen of 74 patients with strokes were younger than 60, and 61 were older.

When it comes to psychiatric conditions, 39 patients developed signs of confusion or changes in behavior. Seven people developed encephalitis or inflammation of the brain. Psychosis, a neurocognitive dementia-like syndrome, and mood disorders were diagnosed in 23 patients. The researchers think the psychiatric diagnoses were all new, but they can’t guarantee some of the patients were undiagnosed before the COVID-19 hospitalization. Eighteen of 37 patients that showed an altered mental status were younger than 60, and 19 were older.

“This report describes often striking cases of neurological and psychiatric illness as being sometimes associated with severe COVID-19 in hospitalized patients,” University of Oxford psychological medicine professor Michael Sharpe. “It reminds us that Covid-19 is more than a respiratory infection and that we need to consider its link to a variety of other illnesses.”

He warned that further research is necessary to rule out the possibility that the brain-related medical conditions did not occur independent of COVID-19.