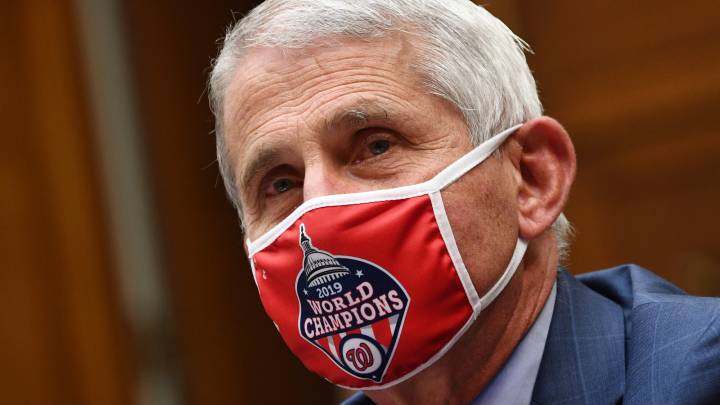 President Trump confirmed over a week ago that he and the First Lady tested positive for the novel coronavirus, after saying one of his top aides had tested positive as well. More people announced their positive diagnoses in the days that followed, including prominent Republican figures Sen. Mike Lee and Gov. Chris Christie, as well as current and former White House staffers including Hope Hicks, Kayleigh McEnany, Stephen Miller, and Kellyanne Conway. The latest tally puts the total number of infected people in the White House outbreak at 34.’

Addressing the effectiveness of face masks in preventing COVID-19, Dr. Anthony Fauci referred to the White House outbreak as a “super spreader event.”

Fauci was referring to the nomination ceremony for Judge Amy Coney Barret that took place on September 26th, a few days before the first presidential debate. The coronavirus outbreak at the White House has infected “34 White House staffers and other contacts” in recent days, according to an internal government memo that reached ABC News earlier this week.

The NIAID director also touched on Trump’s COVID-19 treatment so far, and the president’s coronavirus cure claims. Fauci corrected the president and said that there’s no cure for COVID-19, only therapeutics.

“We don’t have any indication — I think you really have to depend on what you mean by a ‘cure,’ because that’s a word that leads to a lot of confusion,” Fauci said. “We have good treatments for people with advanced disease who are in the hospital.”

Fauci did say that there’s no cause for alarm about Trump’s health at the moment, addressing Trump’s coughing during an interview with Fox News on Thursday.

“Most people, when they recover, they recover fine. In a linear fashion, they get better and better and better, which it appears that the president is doing,” Fauci said. “But having a bit of a lingering cough is not at all unusual as someone recovers. So I was not that taken aback by the clip that you just told me because when people do recover, they can have a lingering cough and maybe even a little shortness of breath for a while after they recover. Sometimes it takes a while to get everything back to normal.”

Fauci said that a person who is coughing might still be shedding the virus, or he or she might not be contagious anymore. The expert said that White House doctors would not let Trump leave the White House before testing him.