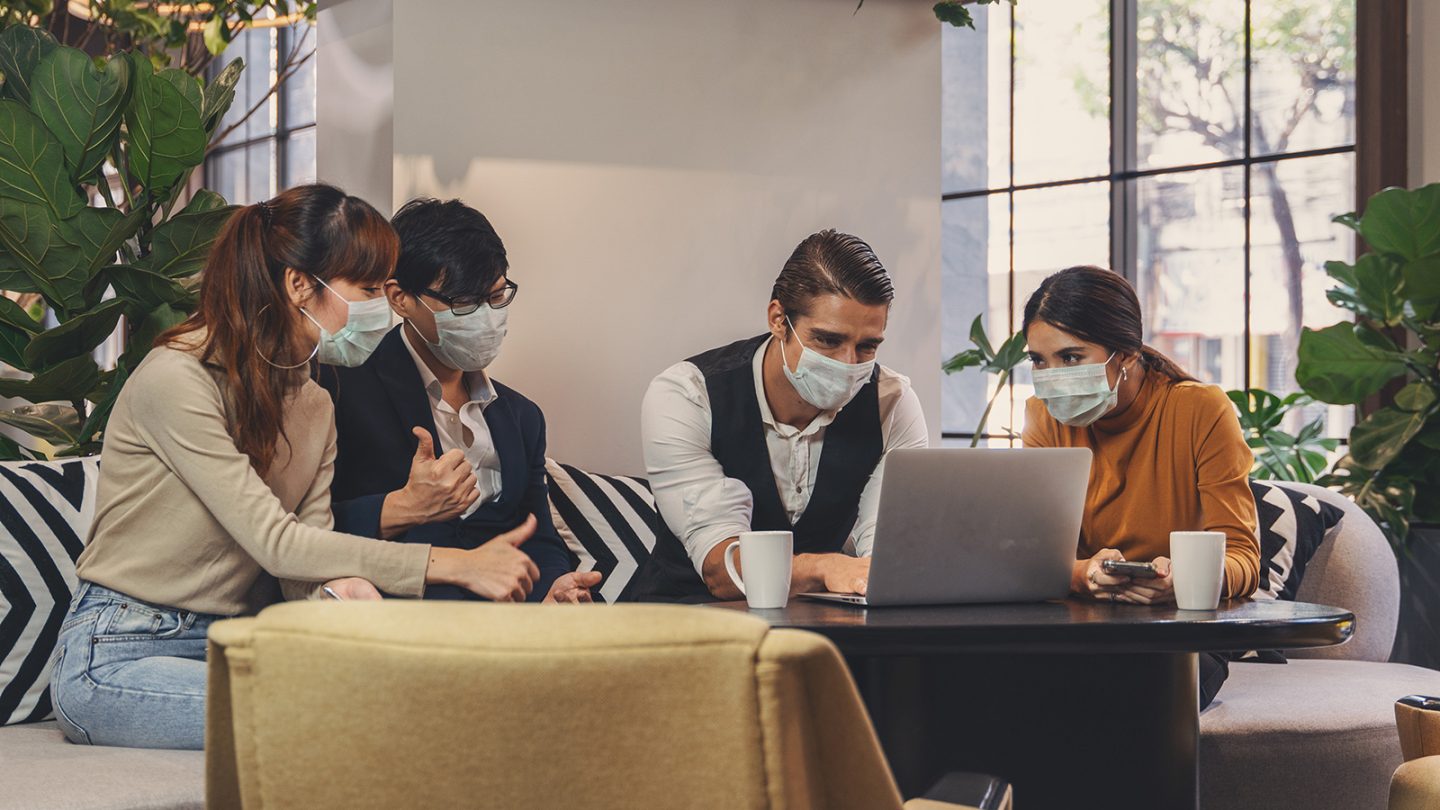 The novel coronavirus is still surging in several countries, with a few mutations helping drive the recent increases in cases. The holidays are also partially responsible for the current surge in cases, since many people traveled and failed to take some of the basic precautions that can reduce transmission risk. The virus spreads with ease via microscopic saliva droplets of varying sizes that are expelled during coughing, sneezing, and even just talking. The bigger droplets tend to land on surfaces somewhat quickly, but the smaller ones can become aerosols as the water quickly evaporates. Those aerosols can then linger in the air for a longer period of time. That’s why health officials advise people to respect all health recommendations to prevent COVID-19 spread, including face masks, social distancing, hand hygiene, and proper ventilation of indoor spaces. All of these measures are meant to reduce the risk of someone coming into contact with droplets expelled by an infected person.

Now, a brand new study explains something that everyone out there should take note of.

Health experts from the University of Cambridge have developed a new model that measures the transmission risks for droplets and aerosols.

They found that it takes just a couple of seconds for expelled particles to travel beyond two feet, further reinforcing the idea that protections are needed. “You need masks, you need distancing, and you need good ventilation, so these particles don’t build up in an indoor space, and they are safely removed,” Prof Pedro Magalhães de Oliveira told The Guardian.

The Cambridge team published their findings in Proceedings of the Royal Society. They concluded that it’s unsafe to stand without a mask within 2 meters (6 feet) of an infected person who is coughing or sneezing — or even just speaking normally.

Talking for 30 seconds is enough for the aerosols ejected from the mouth to linger for an hour in the air, the study found. More disturbingly, these potentially coronavirus-laden aerosols may contain a higher viral load than a cough. The smaller the indoor space, the higher the risk will be. Also, poorly ventilated rooms will favor transmission.

“Speaking is a very important issue that has to be considered because it produces much finer particles [than coughing] and these particles, or aerosol, can be suspended for over an hour in amounts that are sufficient to cause the disease,” said de Oliveira.

The team also developed an online calculator that anyone can use to determine the risk of exposure to the virus in an indoor space. The tool takes into account the size of the room, the ceiling height, the number of occupants, the type of activity, the duration, the ventilation type, CO2 concentration, the number of infectious individuals, and their behavior (use of masks, exercise, etc.). The Guardian offers an example based on the online calculator to show infection risk:

According to the tool, spending one hour in a 250m2 (2,691 sq ft) store – assumed to have a maximum capacity of 50 people and ventilation on a par with offices – results in an individual having around an 8% estimated chance of becoming infected with coronavirus, assuming there are five infected people in the store and no one is wearing a mask.

If the air is renewed five times an hour instead of three times, the risk drops to under 2%. Using a three-ply face mask can also drop the risk by 2% in this example.

To build the model behind their study, Oliveira’s team considered the size of droplets emitted from infected individuals during coughing and talking, the time it takes for them to settle, and an estimated viral load required to cause an infection. The full study is available at this link.