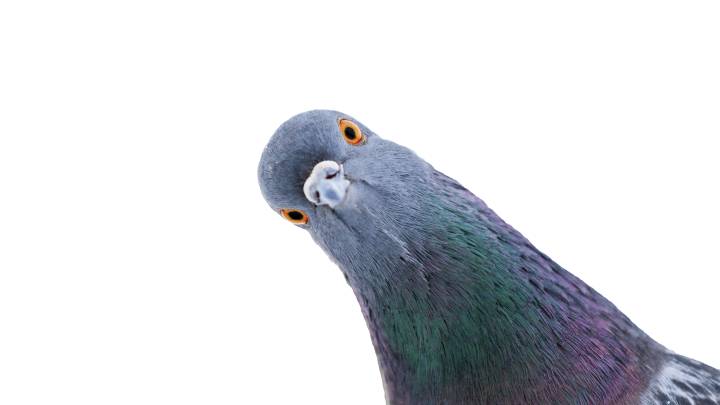 2021 is already coming in hot, with what we guarantee is absolutely the weirdest coronavirus news you will read today. And that’s because it involves a racing pigeon currently on death row in Australia, where officials think the bird ended up after surviving a trek possibly via a ship across the Pacific Ocean from the US. The unlucky fowl’s fate is still up in the air, though, because — why else? It’s a bird that came from the US, which can only mean one thing: It might have brought COVID with it.

The pigeon’s name is Joe, in honor of US President-elect Joe Biden, and here’s what happened: An Australian man named Kevin Celli-Bird said on Thursday he discovered that this pigeon, which had turned up in his backyard in Melbourne at the end of December, seemed to be from the US. “Seemed,” being the operative word. The giveaway was a distinctive band seen on the pigeon’s leg, which someone obviously put there. Celli-Bird made some calls, and it turns out this particular bird seems to have gone missing from a racing pigeon contest in Oregon back in October.

“It rocked up at our place on Boxing Day,” Celli-Bird told The Associated Press. “I’ve got a fountain in the backyard and it was having a drink and a wash. He was pretty emaciated so I crushed up a dry biscuit and left it out there for him. Next day, he rocked back up at our water (fountain), so I wandered out to have a look at him because he was fairly weak and he didn’t seem that afraid of me, and I saw he had a blue band on his leg.”

Australian media, of course, picked up on the news. But so did the no-nonsense Australian Quarantine and Inspection Service, and the latest word is that authorities are considering euthanizing the bird over coronavirus fears. “They say if it is from America, then they’re concerned about bird diseases,” Celli-Bird continues. “They wanted to know if I could help them out. I said, ‘To be honest, I can’t catch it. I can get within (20 inches) of it and then it moves.'”

The racing pigeon thought to have flown a mega 15,000km from Alabama in the United States to Melbourne may be spared death row after an American official suggested the bird is actually Australian. @reid_butler9 #9News pic.twitter.com/j4fs4ifdpC

Plot twist: Officials are also running down a possible break in the case of this runaway bird. As the news clip above shows, consideration is now being given to the possibility that the band on the bird’s leg is a fake, or at least not suggestive of an American origin, which may spare the bird from the pigeon executioner.

For now, the pigeon is spending its time in Celli-Bird’s backyard. Sometimes, it can be seen sitting beside a native dove, enjoying the food that Celli-Bird leaves out. There’s talk that Australian officials are going to task a professional bird catcher to bring it in to complete the investigation.