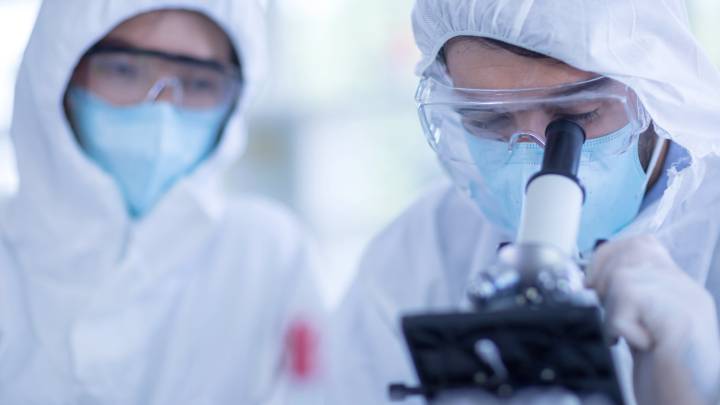 Like any virus, the novel coronavirus mutates, and teams of scientists are keeping track of various strains that are circulating right now. So far, there hasn’t been any meaningful mutation that would make the virus more lethal or compromise existing vaccine research, and that’s good news. However, there is one mutation that’s seen plenty of coverage in the past few months, the D614G strain that’s believed to be more infectious than its predecessors. Some researchers think the mutation allows the virus to hook up to cells more efficiently than before, and that’s what makes it more infectious. But not all mutations will help the SARS-CoV-2 virus. A new study has just been published in a medical journal proposing that a new coronavirus mutation actually results in a milder case of COVID-19.

Published in The Lancet (via Medical Express), the study details a coronavirus strain identified as ∆382 that doctors in Singapore studied between January and March, comparing it with other available SARS-CoV-2 strains that were circulating at the time.

The researchers explain that the ∆382 mutation involves the deletion of 382 nucleotides that appears in the open reading frame 8 region (ORF8), which is a known spot for mutations in coronaviruses. As a result, the ORF8 protein is not produced, the researchers said. During the SARS epidemic nearly 20 years ago, a deletion of 29 nucleotides in the ORF8 region resulted in a variant of the virus that was unable to replicate as efficiently as the wild-type SARS virus.

The scientists observed 131 COVID-19 patients in early 2020 and found that 29 of them carried only the ∆382 version of the virus, with 10 more who were infected with a mix between ∆382 and the wild-type virus. The researches observed the patients’ oxygen requirements to determine the effects of the mutation. The patients with ∆382 were less likely to need supplemental oxygen, even though they developed pneumonia at a similar rate as patients in the other groups. As a result of being able to breathe on their own, they were also less likely to develop hypoxia.

Furthermore, ∆382 patients had lower concentrations of pro-inflammatory cytokines and chemokines that are usually associated with severe COVID-19. They also showed lower levels of growth factors associated with lung injury and regeneration, which implies their lungs were not as damaged.

The researchers note that the ∆382 groups also showed a better immune response to the virus, including more effective platelet regulation and T cell responses early in the infection. The patients also showed a more robust production of a cytokine called IFN-γ, which could explain the heightened immune response. Interestingly, the observations held true even when taking age groups and comorbidities into account. The researchers think this version of the virus triggers a reduced pro-inflammatory response and a less-damaging cytokine storm, which results in a milder COVID-19 case.

The researchers speculate that the absence of the ORF8 protein inhibits the virus’s ability to evade the immune system, but more research is needed to demonstrate these findings. The researchers think the study of the ∆382 version could help with therapeutic strategies and vaccines.

That said, it’s unclear whether this version of the virus is in circulation right now. The D614G mutation is supposedly the dominant coronavirus strain. Researchers in Asia have started encountering the D614G mutation recently. Doctors in Hong Kong were able to prove that a COVID-19 patient who survived the infection in March was infected with the D614G strain in mid-August. This is the first documented case of reinfection, but additional cases may have been discovered since then. Doctors have learned how to treat severe COVID-19 patients better than in the early months of the pandemic, but people continue to die of COVID-19 complications. The ∆382 and D614G mutations might not coexist on any of these coronavirus strains, as the researchers do say the strain they observed largely disappeared:

Our analysis of serial respiratory samples from patients with wild-type and ∆382 variant co-infection suggested that the ∆382 variant out-competed the wild-type virus. The disappearance of ∆382 variants in Singapore, Taiwan, and presumably China could be attributed to infection control measures. However, ∆382 variants might also be less effective at establishing infection in a new host because of the loss of the immune evasion functions of ORF8. Importantly, genomic data indicate that the ∆382 variants are not related to the D614G clade, which might or might not exhibit altered virus transmissibility, but belong to early outbreak sequences for which no significant difference in transmissibility is observed

Even if the ∆382 mutation does cause a less severe version of COVID-19, there’s no telling what one’s chances are of getting infected with that milder strain instead of a more lethal version. But if the ORF8 hypothesis is correct and drugs can target the protein, doctors may be able to develop new therapies that can reduce COVID-19 complications.