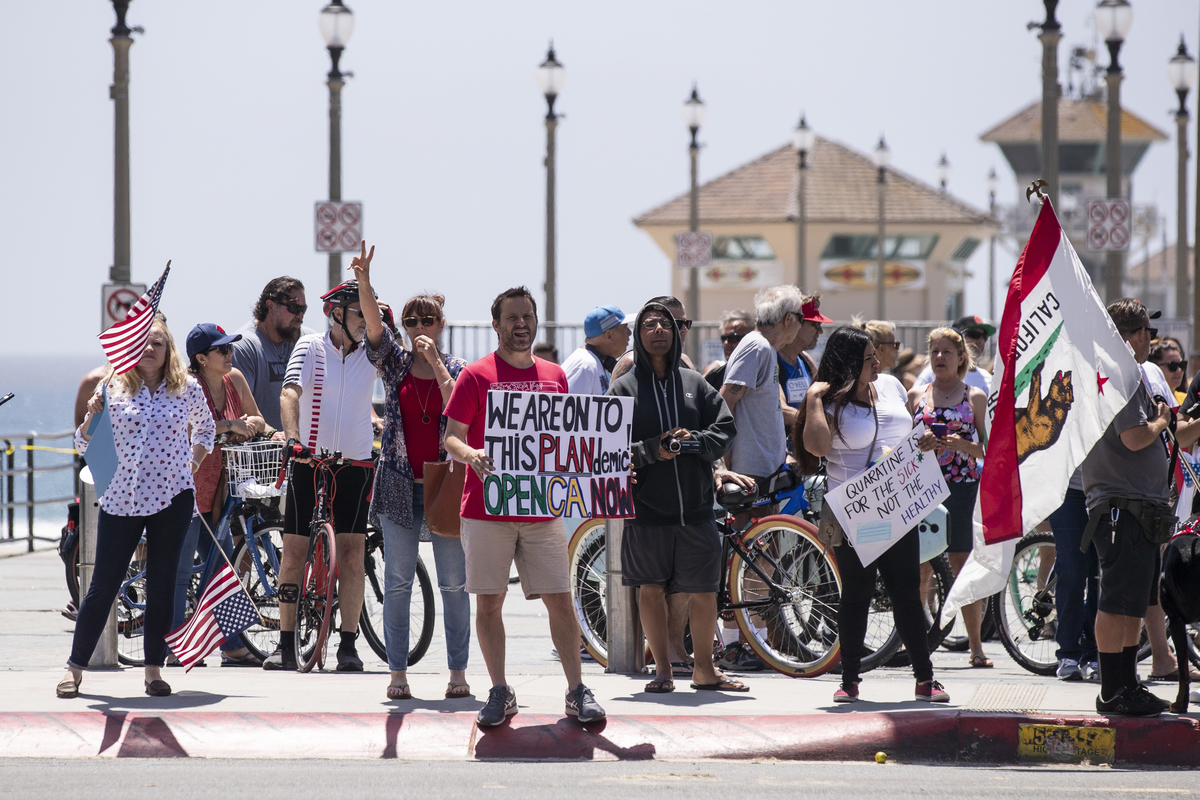 The sign of a protestor at a recent gathering in California declared: “We are onto this plandemic! Open CA now.”

In case you’ve somehow missed what that’s in reference to, that’s a shoutout to a nearly half-hour-long video of the same name that was uploaded to the internet earlier this month, and which quickly started circulating on Facebook and YouTube on its way to becoming a kind of poster child for misinformation in the coronavirus age. Its centerpiece is an interview with Judy Mikovits, a former molecular biologist, who asserts a number of wild claims — such as the contention that health officials in the US are inflating coronavirus numbers on purpose and that a sinister group of elites including Bill Gates and Dr. Anthony Fauci is taking advantage of this crisis to make money.

This is the kind of thing that’s been circulating, unfortunately, since pretty much the beginning of the coronavirus outbreak. Myths and misinformation have spread pretty much in line with the virus itself, leading to a string of popular-yet-wrong assumptions about COVID-19. One of the most egregious lies about the virus, though, is one spread by the Plandemic video which is probably most responsible for its social media blackout — its assertion that wearing a face mask could put you more at risk of getting sick from coronavirus.

Indeed, a Facebook rep has pointed to that claim as the reason the social network scrubbed it from the service on May 6, the day YouTube also did the same.

Mikki Willis, the filmmaker behind the video, is unapologetic.

“We made the video to go viral,” he told the Los Angeles Times. “We knew the branding was conspiratorial and shocking. Unfortunately, in this age, you kind of have to be that to get people’s attention. But that it would go viral to this degree, I don’t think anyone could project.”

Willis told the newspaper he paid for the movie’s production costs and was driven in part by his concerns about vaccines and his perception that the pharmaceutical industry is corrupt. The latter being inspired by his mother’s death from cancer when he was a young man, something he thinks was brought on at least in part by medical treatments that may have exacerbated her condition.

Through mutual acquaintances, Willis met Mikovits (who is adored by anti-vaxxers). And to come up with the title of his movie, Willis turned to — where else? — his followers on Facebook.