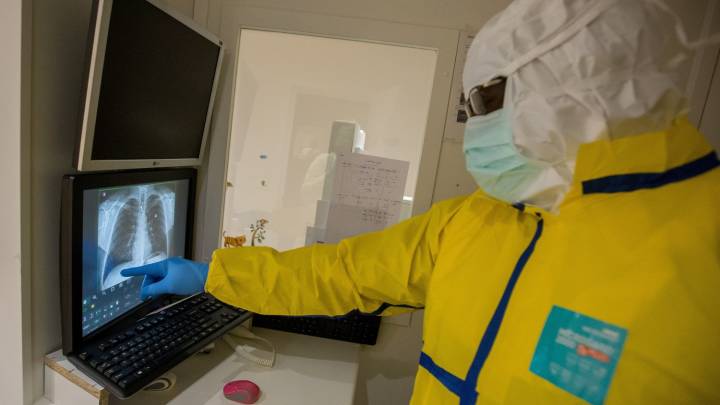 If you needed extra incentive to take heed of any order mandating a shelter-in-place in your city or state right now as a result of the COVID-19 coronavirus outbreak, perhaps a 360-degree video showing how much damage the virus can do to your lungs will make you understand.

After doctors at George Washington University Hospital encountered their first patient with the novel coronavirus earlier this month, they used VR cameras to map the patient’s lungs — with a resulting 360-degree video they’ve since posted to YouTube as an educational tool. In the video, which you can watch below, the camera pans in and around an infected patient’s lungs, with the normal tissue shown in blue and the parts damaged by the virus shown in yellow.

The patient who spurred the creation of this video was received by the hospital on March 18. He was a man in his late 50s who’d transferred from another hospital after initial symptoms like a fever and shortness of breath got a lot worse. He had to be connected to a ventilator at George Washington University Hospital, before more serious intervention was required.

“What we’re seeing is that there was rapid and progressive damage to the lungs so that he needed higher levels of support from that ventilator, and it got to the point where he needed maximal support from the ventilator,” said Dr. Keith Mortman, Chief of Thoracic Surgery at the Hospital, in an interview for the hospital’s podcast HealthCast. “That was when the outside hospital reached out to our expert team here at GW and the patient was transferred to us for something called ECMO, which stands for extracorporeal membrane oxygenation.”

That process involves actually taking blood out of the body, infusing it with oxygen, and returning it into the patient’s body. The hospital has been using virtual reality, as you can see in the video, to inform its efforts to fight the effects of the virus — and not just its immediate effects.

Dr. Mortman says there’s particular concern that, as the video shows, the damage to the lungs of patients who end up surviving COVID-19 can be enduring.

“There is such a stark contrast between the virus-infected abnormal lung and the more healthy, adjacent lung tissue,” Dr. Mortman said. “And it’s such a contrast that you do not need an MD after your name to understand these images. This is something the general public can take a look at and really start to comprehend how severe the amount of damage this is causing the lung tissue.