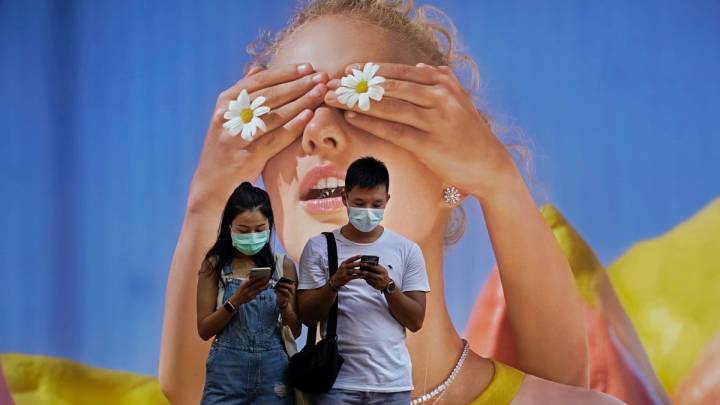 Face mask protesters have made up several silly reasons to oppose the use of the simplest tool possible to reduce the risk of COVID-19 transmission. Some oppose the idea of being told what to do, suggesting face masks are about complying with the government. They are not. It’s about curbing the spread of the virus. Others claim the use of face masks is actually harmful, claiming they can reduce the flow of oxygen. That’s also false. Again, the use of face covers can reduce the spread of a pathogen, protecting both the person wearing the mask and others.

A few weeks ago, a doctor put on six surgical masks at the same time to prove it wouldn’t affect his breathing. He wore a pulse oximeter, a device that measures oxygen saturation, as proof. Unsurprisingly, the medical gadget confirmed his blood oxygen levels stayed within normal parameters. Another doctor performed an even more audacious task to dispel the hypoxia myth; he ran 22 miles and monitored his oxygen with the same type of device. The conclusion was identical: Face masks do not reduce the flow of oxygen, even if you’re running and need a much higher intake of air to supply the increased oxygen needs of the muscles.

Dr. Tom Lawton from the Bradford Royal Infirmary in Yorkshire, England decided to run with a face mask on to fight misinformation and the spread of fake news about face masks. His oxygen levels never fell below 98% during the course of his run — any value of over 94% is considered normal.

“There are a lot of people out there who just don’t want to wear a mask and will find any excuse they can but the people I’m more concerned about are people with respiratory illnesses, who would like to wear a mask, would like to do their bit, but are scared because there have been reports that it causes hypoxia [a condition where the body is deprived of oxygen], I’ve seen some reports about people dropping dead while wearing masks,” the doctor told Newsweek.

“I’m someone who understands the science, I’ve got access to a pulse oximeter (a device used to monitor the amount of oxygen carried around the body) so I can actually go out and show that it definitely doesn’t,” he said. Buying a pulse oximeter to use at home might be a good idea during the pandemic. The tool can be especially useful if you end up testing positive for COVID-19, as you’ll be able to monitor your oxygen levels throughout the experience and determine whether your shortness of breath issues require medical attention.

“To make up for the fact that I’m fit and healthy, I thought if I’m running then I’m using 10 times the amount of oxygen as I would if I’m just sat here. If I can show that I can get 10 people’s worth of oxygen through the mask then hopefully someone who has a respiratory disease and wants to wear a mask, they can be reassured that it is safe thing to do,” Lawton said. “There are obviously people who can’t wear masks for one reason or another, mostly for psychological reasons or PTSD, but everyone who can do so really should. My mask protects you, your mask protects me.”