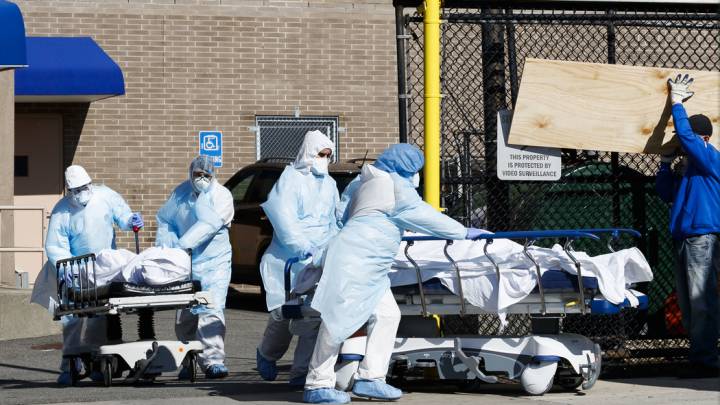 As bad as the novel coronavirus outbreak that’s rampaging across the world right now appears — and preparing to plunge the US into its most deadly week yet, as the number of confirmed cases and deaths is expected to start peaking in the coming days — we probably don’t even know how bad it really is.

Health experts and public officials now caution that as grim as the virus’ official death toll has gotten — and it’s gotten pretty grim indeed with more than 10,500 reported deaths in the US as of Monday — it’s all but certain that those numbers don’t account for everyone who succumbs to the coronavirus. For example, the only time the US Centers for Disease Control and Prevention attributes a death to the virus is when the virus’ presence has been confirmed via a lab test. This is why CDC spokeswoman Kristen Nordlund has said, when speaking about the current death toll in the US: “We know that it is an underestimation.”

As if that wasn’t bad enough, an assortment of epidemiologists, medical examiners, funeral home directors, and representatives of nursing homes has told The Washington Post that countless people died in the US in the early days of the outbreak — back when testing was still frustratingly limited. And it’s a problem that lingers today in places like nursing homes, where resources and staffing is stretched thin.

But the reasons why the official death toll from the virus is most assuredly undercounting victims don’t even stop there. Some medical examiners think that testing the dead for the presence of the virus is a waste of a test that could be used on someone who’s still alive. Also, even when people do get the test, it sometimes returns a false negative.

This is certainly not meant to cast aspersions on the front-line health care workers who are risking their lives to try and get the pandemic under control. On the contrary, our lack of a complete picture of the virus’ full scope stems instead mostly from decisions made at the macro level, such as in federal officials’ piecemeal and still-insufficient approach to testing, which in turn hampers our ability to get a complete picture of the coronavirus.

“Based on the best recent information about limited testing and sizable false negative rates of testing, we are likely underestimating the number of deaths,” Clay Marsh, vice president and executive dean for health sciences at West Virginia University, told the Post.