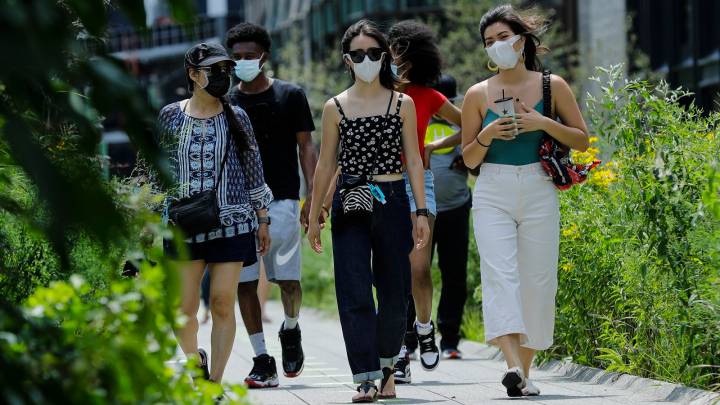 People who dismiss the danger of COVID-19 don’t realize that the real problem with the virus isn’t that it kills a large number of those infected. It’s that it doesn’t always respect patterns. It’s not just the elderly who are more likely to be infected and die. There are plenty of exceptions with young people who have died after contracting the illness. Those who claim COVID-19 is just another form of flu might not be aware that the new coronavirus may have side-effects that can be felt for months after the initial bout. Also, the novel coronavirus can infect everyone inside a population, whereas the flu doesn’t have the same power.

To put it differently, the COVID-19 problem is so serious because we do not have an effective treatment that would work right away. If that were the case, COVID-19 would be a lot more manageable. Fewer people would die, and those infected might recover faster. Scientists are already studying several promising vaccines and new drugs that can prevent the infection and cure the disease. But a different team thinks a common medication that we have right now has the potential of blocking the virus once it enters the body.

We’ve often talked about vaccines and monoclonal antibody drugs. Both types of drugs can offer protection against infection, as the neutralizing antibodies would bind to the coronavirus’s spike protein and block it from infecting cells. But the monoclonal antibodies would work on patients who are already infected. Vaccines would prevent infection in healthy individuals. Both drugs would also offer protection against infection, but vaccines have the upper hand in this contest, as they’d deliver longer-lasting immunity.

This brings us to a drug some people may be familiar with. Heparin is a blood thinner that prevents the coagulation of blood inside vessels. Months ago, researchers discovered that COVID-19 causes blood clots which can lead to breathing issues, heart attacks, and strokes. That’s why anticoagulants are used in COVID-19 treatment.

But researchers from the Rensselaer Polytechnic Institute found that heparin can actually bind to the spike protein of SARS-CoV-2 just as neutralizing antibodies would. The drug could be used as a decoy to trap the virus and render it useless. Once the spike protein is neutralized, the virus would not be able to hook up to cells. By blocking this handshake between the spike protein and ACE receptors at the exterior of human cells, heparin would prevent the virus from replicating, a process that takes place inside the cell.

“This approach could be used as an early intervention to reduce the infection among people who have tested positive but aren’t yet suffering symptoms. But we also see this as part of a larger antiviral strategy,” lead author and a professor of chemistry and chemical biology at Rensselaer Polytechnic Institute Robert Linhardt said. “Ultimately, we want a vaccine, but there are many ways to combat a virus, and as we’ve seen with HIV, with the right combination of therapies, we can control the disease until a vaccine is found.”

Jonathan Dordick, a chemical and biological engineering professor at the same institute who worked on the same study, says that heparin offers an “exceptional, extremely tight binding” to the virus. “It’s hundreds of thousands of times tighter than a typical antibody-antigen. Once it binds, it’s not going to come off.”

The team tested three versions of heparin, including a non-anticoagulant low molecular version. They used computational modeling to determine the specific sites where the drug would bind to the virus. All the experiments suggest that heparin would work as a decoy. The video above explains the principle of heparin-SARS-CoV-2 interaction.

More work will be needed to demonstrate the safety and effectiveness of heparin treatments, and clinical trials on human patients will also be required before heparin can be used in the way proposed by the Rensselaer scientists. Still, the discovery is definitely exciting and one to watch.