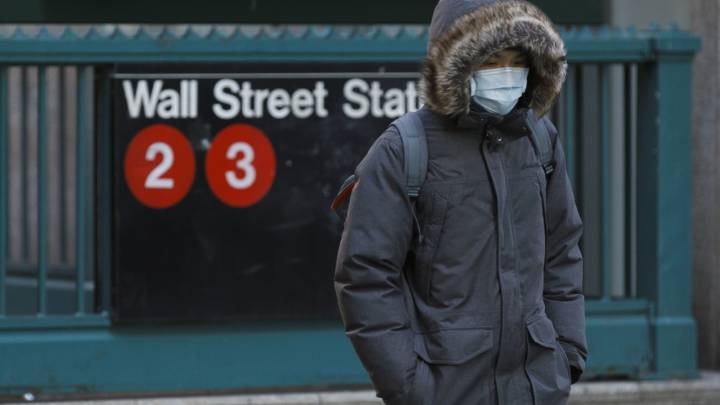 More than 20 COVID-19 vaccine candidates are in development right now, and the World Health Organization (WHO) said it will work on an initiative to make the new drugs widely available once they’re approved. Some of these potential cures are already in Phase 1 of human trials, and some of them could be ready for emergency use as soon as this fall. But they may take up to 18 months to be ready for the general population.

Inoculating as many people as possible with a drug meant to provide immunity to a terrible illness may seem like a no-brainer. Still, there may be people out there who would oppose this life-saving treatment. Some anti-vaxxers have even claimed the pandemic wasn’t real in the past few weeks, but we have undoubtedly reached a point where nobody can deny the seriousness of the novel coronavirus. And the vaccine-hesitant out there should check out a brand new coronavirus study that shows how important vaccines can be.

Reports from Australia a few days ago said researchers in the country will study the effects of a 100-year-old vaccine against COVID-19. The BCG drug, which is administered to more than 130 million people every year to prevent tuberculosis, may be able to boost immunity in patients and enhance their response to the novel coronavirus. The BCG vaccine isn’t a COVID-19 vaccine per se, but it’s theorized that it could assist medical professionals in fighting the disease. And it’s healthcare workers who are getting the shot in the Australian study.

But other countries already have mandatory vaccine programs that include the BCG shot, and this is where things get interesting. Euronews spotted a brand new study earlier this week that looks at the correlation between the universal BCG vaccination policy and reduced morbidity for COVID-19.

One of the most significant discrepancies comes from the Iberian Peninsula, home of Spain and Portugal. Spain had a COVID-19 caseload of nearly 147,000 at the time of this writing, compared to Portugal’s 13,100+ cases. When it comes to fatalities, Spain has a staggering body count of 14,555 compared to just 380 in Portugal. The BCG vaccine policy is a possible explanation.

“We found that countries without universal policies of BCG vaccination (Italy, Netherlands, USA) have been more severely affected compared to countries with universal and long-standing BCG policies,” the study reads.

So we looked at the data: countries that never implemented a universal BCG vaccination were being hit hard by COVID-19, with high number of deaths per inhabitant. pic.twitter.com/YLe4rIbV2g

“There have been reports that BCG vaccination can produce a broad protection against respiratory infections,” Gonzalo Otazu, one of the authors, said on Twitter. “So we looked at the data: countries that never implemented a universal BCG vaccination were being hit hard by COVID-19, with high number of deaths per inhabitant.”

Italy never had a universal tuberculosis vaccination policy. More than 17,100 people died in the country of more than 135,500 cases. Japan has a universal BCG vaccine program. Only 93 people died out of the more than 4,250 cases in the region. Japan did not enforce stringent social distancing measures, either.

The researchers also found that Iran, which started a mandatory BCG vaccination program in 1984, has a high death toll (nearly 4,000 out of over 64,500 cases), compared to Japan. The latter started vaccinating the population against tuberculosis in 1947. The conclusion seems to be that early BCG vaccination gave more protection to older people who are now exposed to COVID-19.

We also found a correlation between the year establishment of a universal BCG policy and mortality attributed to COVID-19. Countries with earlier policies had reduced mortalities suggesting that BCG vaccination might be protecting the elderly population. pic.twitter.com/t2vm5BJSdr

“Countries that have a late start of universal BCG policy (Iran, 1984) had high mortality, consistent with the idea that BCG protects the vaccinated elderly population,” the authors wrote. “We also found that BCG vaccination also reduced the number of reported COVID-19 cases in a country.”

The same discrepancies can be seen in Europe, where countries in the east that were under the Soviet Union’s sphere of influence had mandatory BCG vaccination programs. As a result, those regions have lower case counts than western countries. Germany is the best example of that. The states that made up East Germany until 1990 had fewer COVID-19 cases per 100,000 people than states that belonged to West Germany, according to Germany’s Koh Institute that is managing the coronavirus outbreak.

These are early findings, of course, but there appears to be a correlation between a vaccine that’s not even targeting the novel coronavirus and the COVID-19 fatality rate. Once a vaccine that can kill the SARS-CoV-2 virus becomes widely available, we could potentially eradicate the disease, assuming everyone is immunized.

The study was published on medRxiv in pre-print form, and it’s available in full at this link.