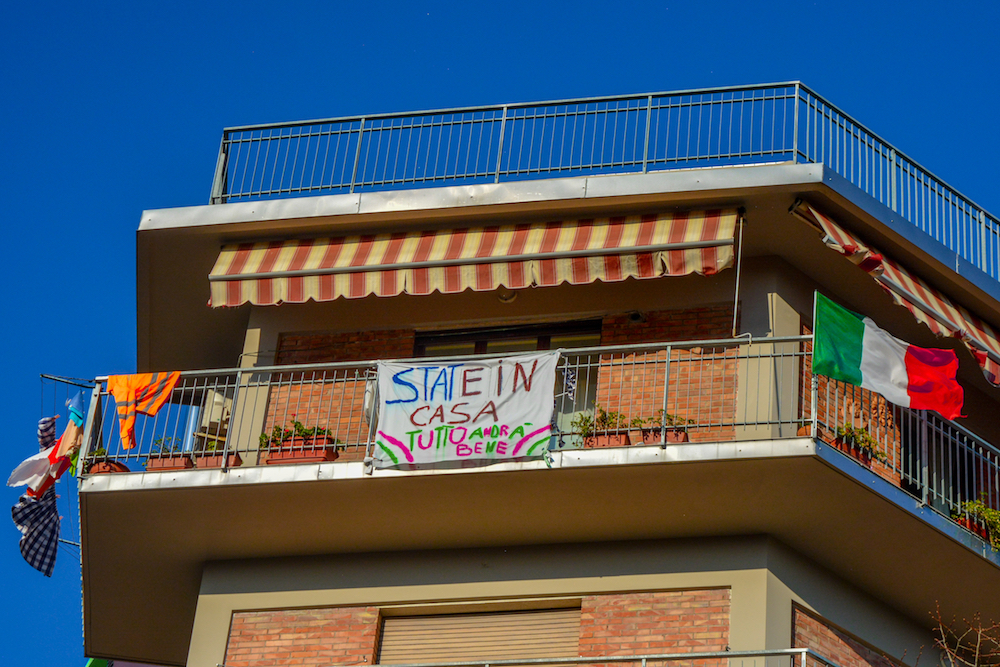 If you hear anyone comparing the novel coronavirus to a cat, a downgrade from its previous “tiger” categorization, you’d think a politician was handling the microphone. But these remarks come from an infectious disease expert from Italy, one of the countries COVID-19 hit hardest earlier this year. This is the second time a professional from Italy has offered such remarks about the local epidemic, just as other countries register new records for the daily count of new infections. The doctor went as far as to claim the virus might disappear on its own without a vaccine, which is precisely the kind of uninformed, dangerous remark you’d expect from a politician. Of course, many experts disagree, as the world gets closer and closer to reaching the devastating milestone of recording 200,000 new COVID-19 cases per day.

Prof. Matteo Bassetti is the chief of the Policlinico San Martino hospital in Italy, so he is likely to have an informed opinion about the evolution of the illness in the country. He told The Telegraph that COVID-19 was losing its virulence last month, and patients who might have previously died are now recovering.

“The clinical impression I have is that the virus is changing in severity,” he said. “In March and early April, the patterns were completely different. People were coming to the emergency department with a very difficult to manage illness, and they needed oxygen and ventilation, some developed pneumonia.”

“Now, in the past four weeks, the picture has completely changed in terms of patterns, he added. “There could be a lower viral load in the respiratory tract, probably due to a genetic mutation in the virus which has not yet been demonstrated scientifically. Also, we are now more aware of the disease and able to manage it.”

That’s a clear point to make. Maybe authorities and medical personnel have learned how to deal with the disease and manage it better. Not to mention that Italy has flattened the curve, which means the healthcare system is in a much better place than a few months ago when it was nearing collapse.

“It was like an aggressive tiger in March and April, but now it’s like a wild cat. Even elderly patients, aged 80 or 90, are now sitting up in bed, and they are breathing without help,” the doctor added. “The same patients would have died in two or three days before.”

The doctor does deliver good news. This is an indication that some therapies work at saving lives, and we’ve already witnessed a mountain of research that offers new COVID-19 therapy solutions that work in early trials. But Bassetti’s way of presenting it makes it sound like the virus is less dangerous than before, which could convince people who are already unconvinced of the disease’s dangers to stop relying on preventive measures.

“I think the virus has mutated because our immune system reacts to the virus, and we have a lower viral load now due to the lockdown, mask-wearing, social distancing,” the doctor added, confirming that “we still have to demonstrate why it’s different now.”

The most surprising remark from the doctor concerns vaccines, as Bassetti thinks the virus could disappear without them. “Yes, probably it could go away completely without a vaccine. We have fewer and fewer people infected, and it could end up with the virus dying out.”

Again, this seems like a baseless hypothesis, especially when the facts seem to contradict him. Others do not agree that the virus will be so easy to exterminate.

“I don’t expect it to die out that quickly,” Dr. Bharat Pankhania told the paper. “”It will if it has no one to infect. If we have a successful vaccine, then we’ll be able to do what we did with smallpox. But because it’s so infectious and widespread, it won’t go away for a very long time.” The former Public Health England consultant estimated that extermination ranges from “never to if we are really lucky and it sort of mutates and mutates, it may lose its virulence – we’re talking years and years.

Dr. Anthony Fauci, one of the leading American experts fighting the pandemic, said recently he doesn’t expect the virus to disappear anytime soon. The World Health Organization (WHO) warned the virus might never go away.

The organization reported 183,000 new global COVID-19 cases on Sunday, the all-time record for the pandemic. The new high was fueled by Brazil and the United States, with nearly 55,000 and nearly 37,000 cases, respectively. As of Monday morning, the world surpassed 9.072 million cases, including more than 472,000 deaths.

The WHO said a few months ago, the novel coronavirus is neither less infectious than before nor more deadly. Those comments came in response to a different statement that came from Italy. Dr. Alberto Zangrillo suggested three weeks ago that the virus “no longer existed in Italy,” saying that swabs contained lower viral loads than before. At the time, Italy was registering an average of 300 new cases per day. Italy is still reporting between 200 and 300 new cases per day.