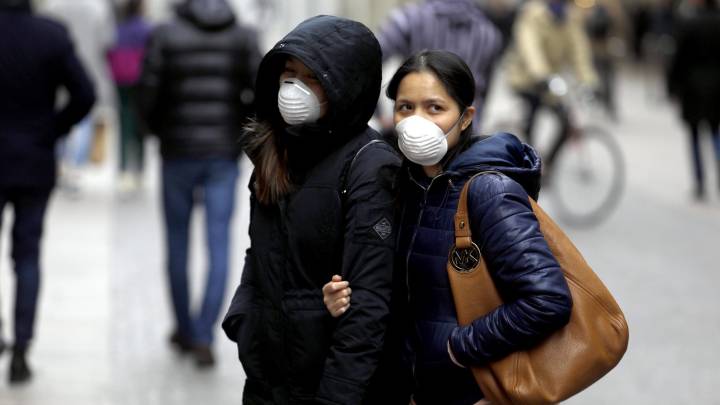 The number of coronavirus cases worldwide just hit a staggering milestone as of Thursday afternoon, with the number of confirmed cases globally topping 1 million.

That’s according to a compilation of the official statistics by Newsbreak, which aggregates numbers from official sources like the CDC and World Health Organization. It’s a sobering record now set by the virus that not only has yet to slow down in the US — many states are still at least a week or more from hitting their estimated peak numbers of cases and deaths.

New York City, the epicenter of the crisis in the US, is still desperately ramping up for its biggest surge in cases as its coronavirus peak draws near.

Every county in New York has now reported a Coronavirus case.

This virus has marched across our state.

We have counties with more cows than people. That didn’t stop it.

It will march across our nation next.

The economic toll of this global pandemic continues to send shockwaves throughout the US, which just saw a 3,000% spike in its jobless numbers as more than 6.6 million workers filed for their first week of unemployment benefits for the week ended March 28.

You can use this website tool to get a look at projections for when the worst of this crisis is expected to hit your state. It was built by researchers at the University of Washington’s Institute for Health Metrics, and it shows, among other things, that the US is expected to experience its worst single day of deaths from the coronavirus around the middle of April, with an estimated 2,271 deaths from the virus projected for April 15.

Health officials are still racing to produce a successful vaccine, at the same time as therapeutics are still being investigated so that people suffering from the virus can be treated now.

Also on Thursday, a postponement until mid-August was announced for the Democratic National Convention. The official posture from the White House coronavirus task force is that social distancing guidelines should remain in effect at least until April 30, which means that the vast majority of the US which is already shut down to some degree will remain that way for almost another month, at a minimum.

CNN anchor Chris Cuomo, who has tested positive for the virus, is currently quarantined at home and spoke during a new broadcast about how the virus’ intense symptoms gave him the “wildest night of my life.”