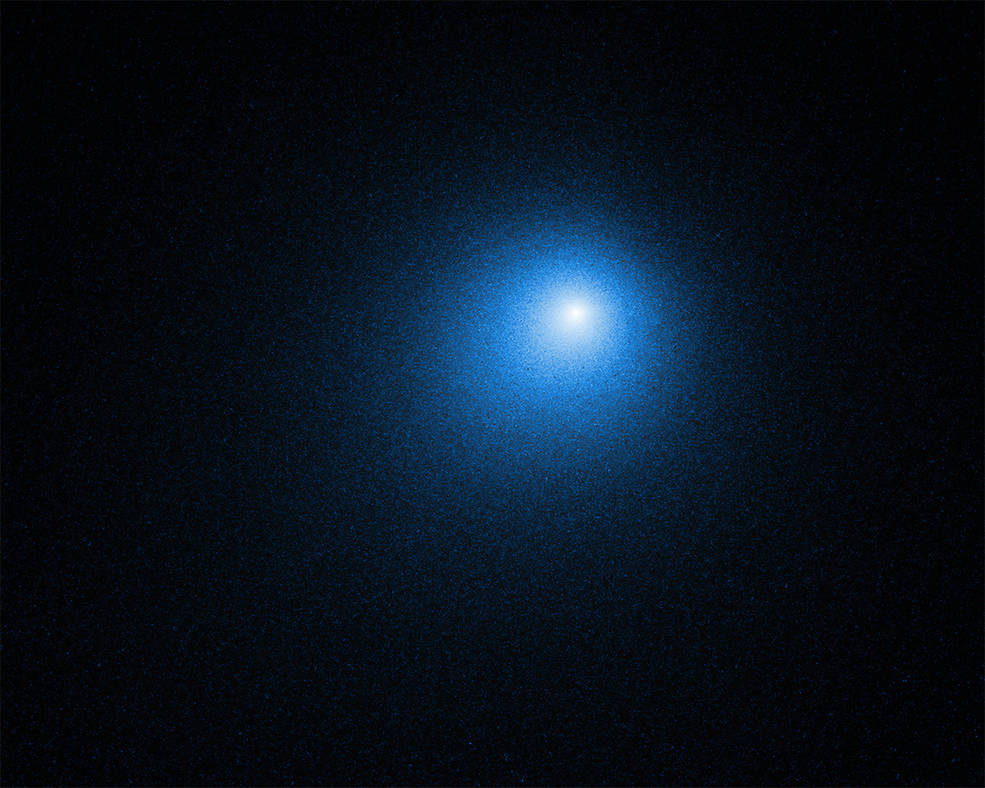 For astronomers, spotting things at huge distances is all part of the gig, but sometimes our Solar System takes care of the hard work by bringing interesting objects withing a cosmic hair’s width of Earth. Comets are one of those kinds of objects, and in a new blog post NASA shows off some lovely (if a bit blurry) images of the brightest comet of 2018.

This particular ball of ice and rock is called 46P/Wirtanen, and the images you see here were captured on December 13th as the comet came within approximately 7.4 million miles of our planet.

The visible light image (above) makes the comet itself somewhat difficult to see, but it’s there tucked away within the brightest central region of the fuzzy blue cloud. That cloud is a mix of dust and gas that the icy object begins to eject as it gets closer and closer to the Sun. It’s this material that forms the iconic “tail” that we’ve all come to expect from comets.

In the infrared image (below) you can more clearly see a well-defined nucleus. These images helped scientists closely study the comet and learn more about how sunlight affects these kinds of objects as well as the clouds of debris that flow around them.

“Comet 46P/Wirtanen orbits the Sun once every 5.4 years, much quicker than the 75-year orbit of the more famous comet Halley,” NASA says. “Most of its passes through the inner solar system are much farther from Earth, making this year’s display particularly notable.”

NASA and other scientific bodies around the world have plenty of reason to study comets, especially in the wake of new research and theories that comets might have been responsible for delivering large quantities of water to our planet in the distant past. If that was indeed the case, we may have comets to thank for our very existence.