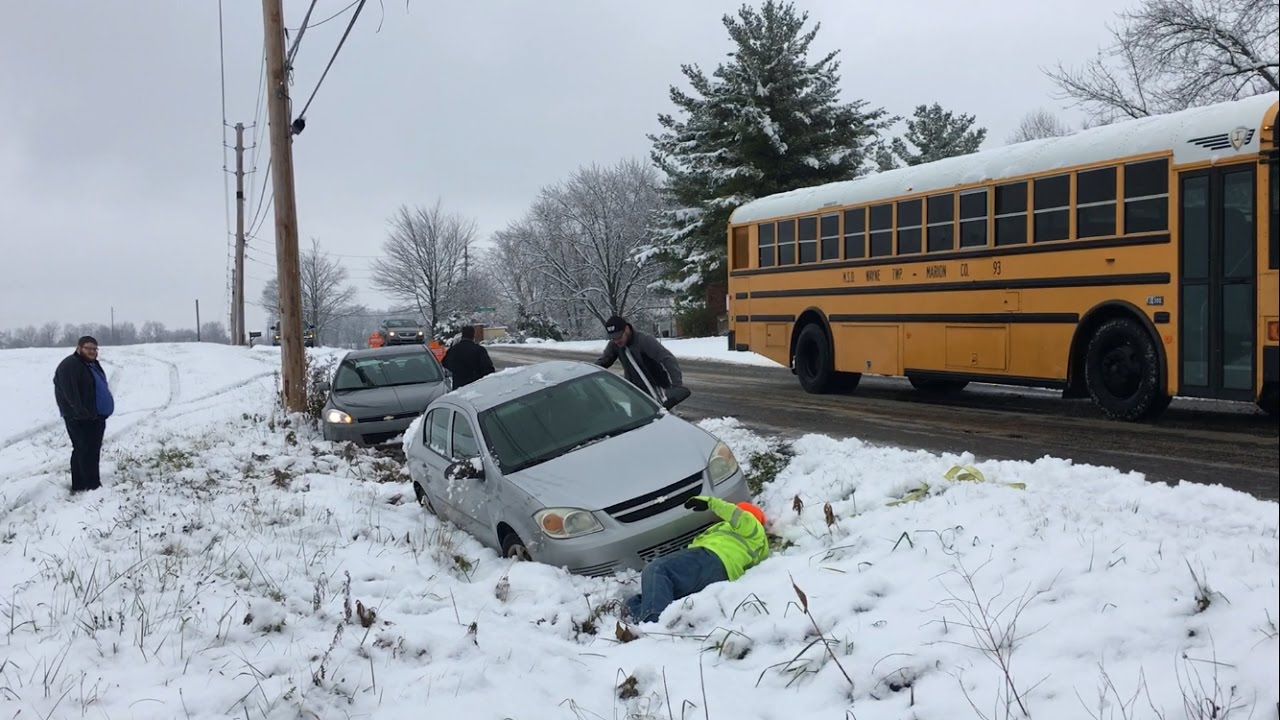 When you hear people complaining about Comcast, it’s normally something to do with bad service or price hikes. But this repair tech found a whole new way to make people mad about Comcast: park your truck right over a blind hill in the middle of a snowstorm, cause multiple cars to bail into a ditch, then drive off while blaming everyone else.

The video shows a pair of Comcast trucks carrying out repairs along a 40mph road in a rural area, in the middle of a snowstorm. Where the trucks are stopped is just over a blind hill, so the Comcast workers throw out a couple cones to close the lane.

Unfortunately, they use four cones about 150 feet behind the truck to close the lane. Cars coming over the hill don’t see the cones until far too late, and given the snowy conditions, they bail into the ditch — at best.

While the bystander is filming, five different cars either crash or have to drive into the ditch, all while the Comcast workers look on and refuse to take any further safety actions.

The video is being taken to pieces over on Reddit, where users have found the official OSHA manual for closing a road in this situation. You probably won’t be surprised to hear that it’s a lot more complicated than the Comcast workers seem to think.

But even forgetting about the proper procedure, you’d think that after the first crash or two, the Comcast workers would think that maybe it’s a good idea to put some cones further back. But I guess someone really needed their cable fixing instead.

Update: Comcast’s SVP of Technical Operations sent us the following boilerplate statement on the issue:

“When I watched this video I was very concerned by what I saw.  Our employees should always protect people and treat them with respect no matter what the situation. Safety matters most – especially in dangerous weather conditions like this.

We are actively investigating what happened when our technicians were on site to restore services during an outage and we will reach out to those who were impacted by this incident.

Within the next 24-48 hours, my team leaders will meet with our technicians across our company to use this as an example of how important it is to make everyone’s safety a priority in everything we do.

And just as important, there’s no place for disrespect – treating people the right way is the only way to work.”