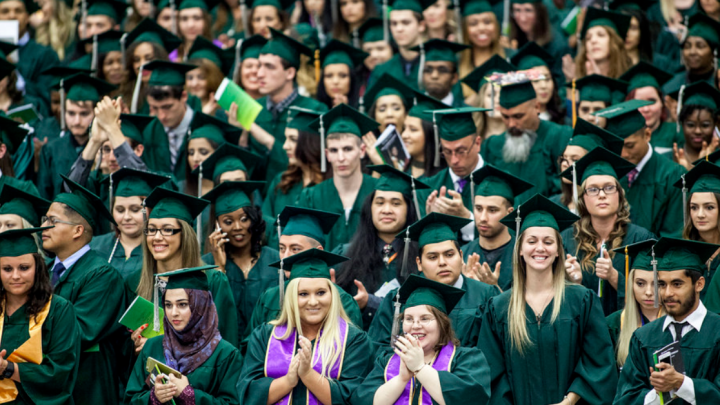 Ah, college. It’s a wonderful time in any young person’s life. Students spend late nights studying and long days listening carefully to their professors, but are they getting enough exercise? A new study published in the Journal of American College Health suggests the answer is no.

The research, which was conducted by Oregon State University, reveals that elective physical education programs in college tend to attract only students who are already physically active. That’s probably not much of a surprise, but what the researchers discovered was that students who are required to take gym classes become more active as their college careers continue.

“When there is no requirement but the courses are available as electives, the students who take the courses tend to be those who are already active and motivated. Those students already have an affinity toward physical activity and the institution supports it,” Brad Cardinal, a professor at OSU and co-author of the study, said in a statement. “That neglects a large group of students who are inactive and unmotivated and who could benefit immensely from such coursework.”

The key here is that, by requiring otherwise sedentary students to take gym classes not only helps push them to be active during class, but also increases motivation in subsequent years. “We found that those who are unmotivated may not be too happy about the requirement initially, but some of them actually cross over and become more motivated to continue with the physical activity,” Cardinal notes.

Oregon State is one of a growing number of universities that have a physical education requirement on the books. OSU uses a two-pronged approach, with a mandatory academic course focused on health and fitness along with a course where the students engage in physical activity. The authors of the study argue that this should be the standard across the board due to the benefits for the students, but also because a healthier lifestyle can save everyone money in the long run.