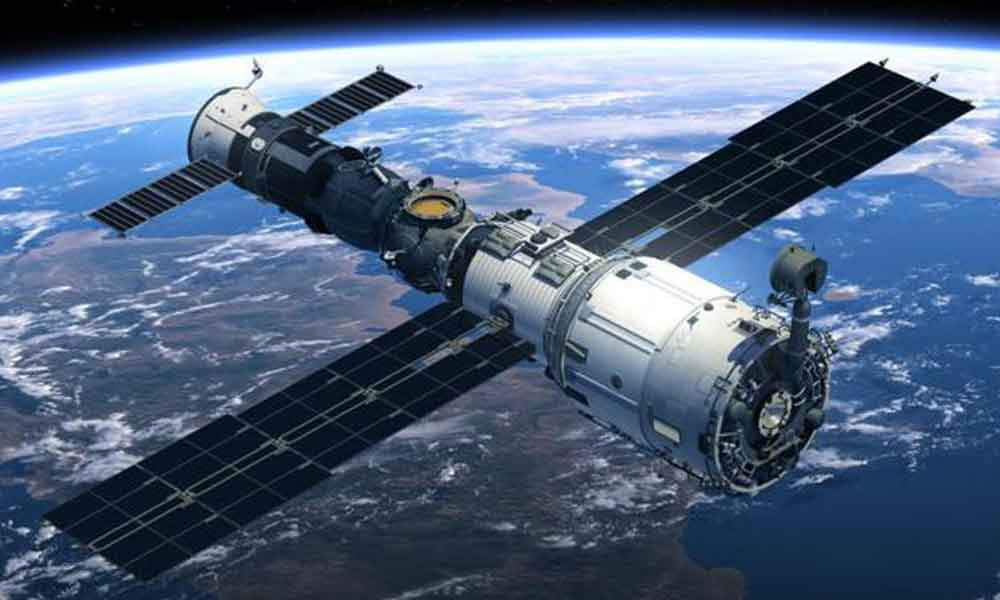 China’s massive Tiangong-1 space station is out of control and it will soon come crashing down to Earth. Astronomers have been monitoring the large satellite ever since late 2016, which is when China’s space agency admitted that it had lost radio communication. The station has been tumbling and twirling out of control since then, with a decaying orbit that is slowing making its way closer to Earth.

Scientists have said in the past that they expect the space station to re-enter Earth’s atmosphere and come crashing down to Earth in either March or April, but they weren’t quite sure where the giant satellite might finally touch down. Now, experts believe they may finally know where the Tiangong-1 is headed as it comes tumbling back down to Earth.

There is a tremendous amount of “space junk” orbiting Earth. So much so, if fact, that one group of Chinese scientists are considering blasting it to pieces with giant space lasers. These old satellites and other debris often re-enter Earth’s atmosphere, but they typically burn up upon re-entry long before they reach the Earth’s surface.

Unfortunately, this may not be the case with China’s Tiangong-1 space station, which was first launched back in 2011. While experts do believe that come of the satellite will burn up following re-entry into our atmosphere, Tiangong-1 is so large that much of it could still be intact when it reaches the Earth’s surface.

As for where the satellite might finally touch down, experts finally think they have an answer. The European Space Agency (ESA) said in a blog post on its site that the likely point of impact will be somewhere in Europe. “Reentry will take place anywhere between 43ºN and 43ºS (e.g. Spain, France, Portugal, Greece, etc.),” the agency wrote, adding that it will likely re-enter our atmosphere sometime between March 17th and April 21st.

This is a problem one main reason. While the ESA notes that no casualties have ever been recorded due to falling space debris, the Tiangong-1 is a unique case. The station contains large amounts of toxic chemicals including  hydrazine, which is a known carcinogen that has been linked to cancer in humans.

“Potentially, there may be a highly toxic and corrosive substance called hydrazine on board the spacecraft that could survive reentry,” the Aerospace Corporation’s Center for Orbital and Reentry Debris Studies (CORDS) said a recent warning message. “For your safety, do not touch any debris you may find on the ground nor inhale vapors it may emit.”

The ESA notes that its re-entry time and location estimations are constantly changing because there are so many variables. The agency intends to provide updates on its website each week.