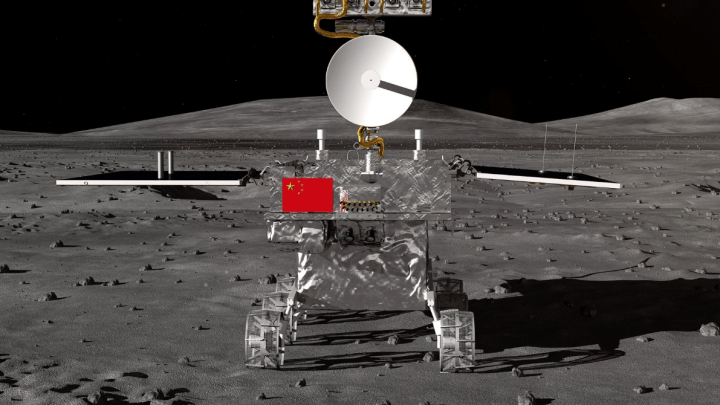 China’s space program is making big waves as of late, and its soft landing on the far side of the Moon earlier this year — a feat nobody else has accomplished — is the biggest feather in its cap yet. The country has already declared the mission a success, but it’s not done yet, and the rover that was aboard the lander when it touched down on the surface is once again exploring the lunar landscape after an extended nap.

Days on the Moon last a whole lot longer than they do on Earth, but so do the nights. When night fell on the Chang’e 4 lander and rover, the China National Space Administration made the decision to put the hardware to sleep until the light returned.

On March 3rd, the current lunar day began again, and China has since announced that its rover is awake and ready to explore. CNSA noted that the rover was working “normally” and appeared no worse for wear after sitting dormant in the frigid vacuum of space during the lunar night.

The rover has been doing what rovers usually do, including studying rocks on the surface, cataloging interesting features it discovers, and driving slowly along the alien surface. According to China, the rover has moved a total of about 127 meters thus far, or just over 400 feet.

Along with the brief announcement that the rover is up and running again, CNSA released a couple of interesting images snapped by its new lunar hardware. One is a landscape shot showing the terrain that the rover is currently facing, with jagged rocks poking up above a layer of Moon dust.

The other is a closeup of the larger rock you see in the first image. The rock is apparently the rover’s current target, and it’s just over a meter away from it right now.