On the list of big surprises in space science over the past decade, the fact that China has rapidly become one of the major players in space exploration has to be near the top. The country, which watched for decades as the United States, Russia (and formerly, the Soviet Union), and European countries launched ever more advanced orbiters, landers, and rovers, has caught up to and in some cases surpassed its peers by completing some very difficult missions. The latest happens to be on Mars, where the China National Space Administration sent a trio of high-tech machines last year.

The orbiter, lander, and rover all arrived at Mars in February, right around the same time that NASA’s Perseverance rover showed up, but China’s hardware spent some time in orbit before the lander and rover were sent to the surface. Now that the lander has been sitting on the rust-colored dirt for nearly two weeks, the rover’s handlers back on Earth finally had a chance to set it loose, and the rover is now officially roving.

In new images released by CNSA, we can see the lander left behind as the rover finally makes its way onto the Martian surface. The rover only spent a short while on the lander’s platform after it touched down, rolling off of it on May 21st, according to the Chinese space agency. The image was shot shortly after the rover received and carried out commands to depart the lander platform. If you remember the photos released by China a week ago, we got to see the rover’s few of the surface from on top of the landing platform, with the ramps deployed to allow for the rover to make the short trip down. 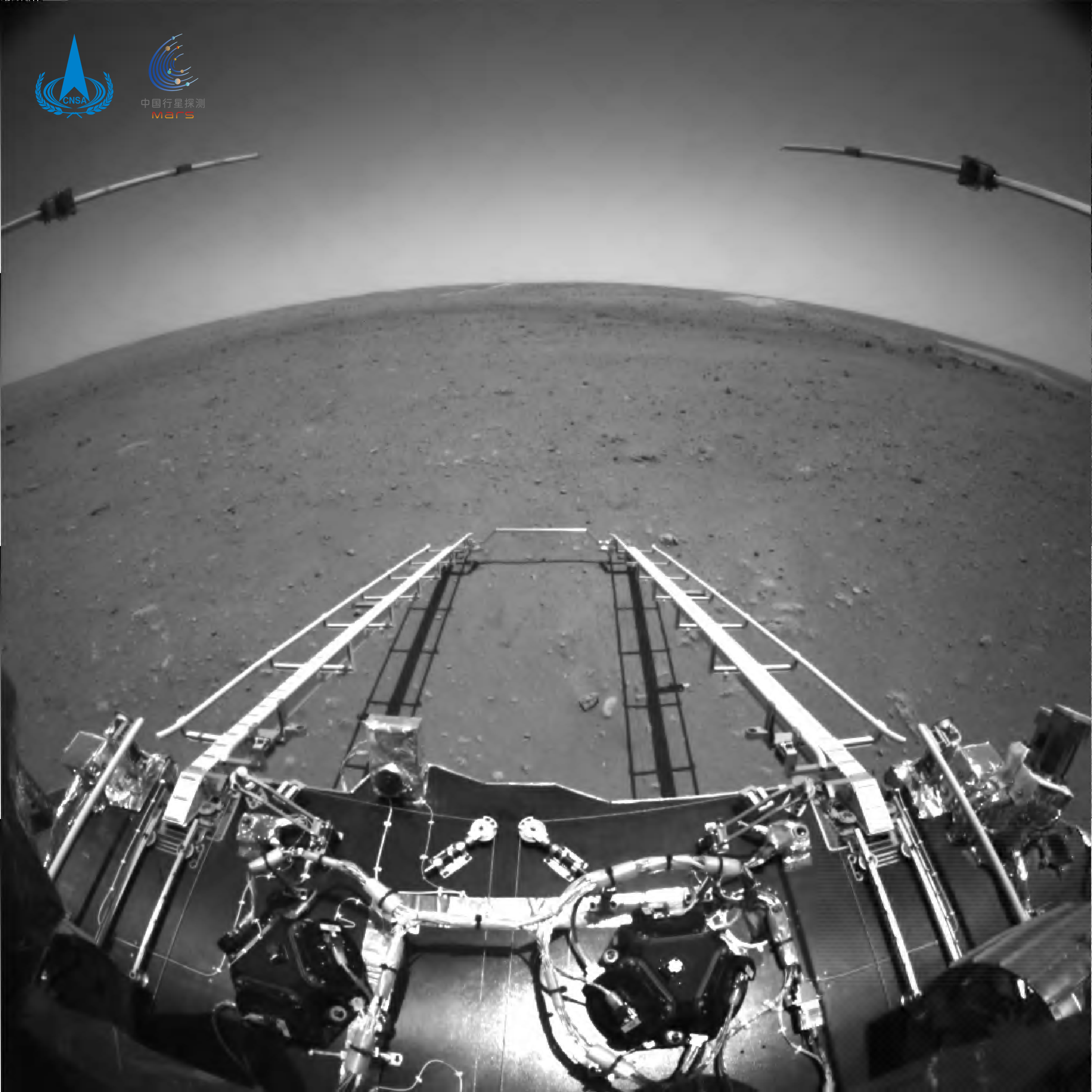 Now that the rover is safely on the surface it can begin its scientific mission in earnest. The rover isn’t as large or well-equipped as NASA’s Perseverance, but for the country’s first Mars rover it’s suitably outfitted with instruments that could lead to some interesting findings.

The rover is built to last roughly three months, though it’s entirely possible that it could live significantly longer than that. NASA’s rovers are famous for outliving their expected lifespans many times over, and the same could be true of China’s new robot. First, it’ll have to survive long enough to complete its mission, which will include exploring the region where the lander touched down, sampling rocks and soil, and investigating other features of the surface that look interesting but aren’t too far away.

China has famously said that it wants to send humans to both the Moon and Mars and plans to do so sooner rather than later. This rover is a nice step in that direction, but it remains to be seen how much effort the country will put into a new Mars program now that this milestone has been reached.