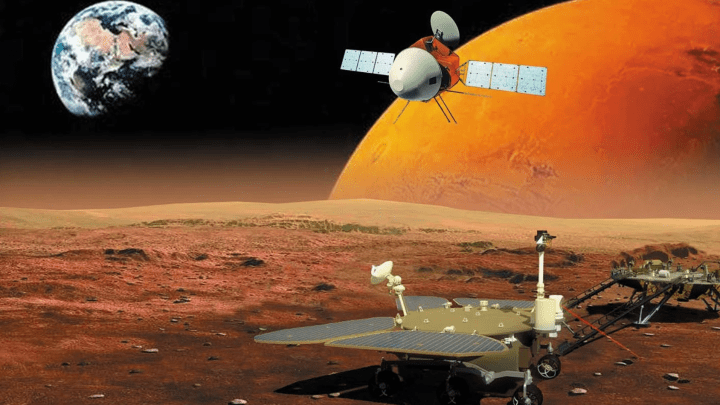 NASA’s Perseverance rover may be about to launch (hopefully), but the United States isn’t the only country poised to make a trip to the Red Planet. China and its Tianwen-1 spacecraft are preparing for a launch that is scheduled for this week, and it’ll deliver a whole host of tools to the surface of Mars as well as the skies above.

The Tianwen-1 mission will include not only a lander and rover, but also a Mars orbiter which will return science data to its handlers back on Earth. The mission is a first for China in many ways, but the biggest achievement here will be the country’s first rover on another planet.

China recently made history when it performed the first soft landing on the far side of Earth’s Moon. It was a groundbreaking mission that returned some very interesting observations and data, but a robotic mission to Mars is a far greater challenge. In a new paper published in Nature Astronomy, the mission chief for the new Mars mission offers some insights into the country’s goals for its first Mars rover mission.

As the science team reveals in the new paper, the mission is packed with instruments that will scour both the skies and surface for new discoveries:

(1) to map the morphology and geological structure, (2) to investigate the surface soil characteristics and water-ice distribution, (3) to analyse the surface material composition, (4) to measure the ionosphere and the characteristics of the Martian climate and environment at the surface, and (5) to perceive the physical fields (electromagnetic, gravitational) and internal structure of Mars.

That’s a pretty ambitious list of goals, but when you’re launching a mission to a location as far away as Mars, you might as well go big. The mission is scheduled to arrive at Mars in February 2021, which happens to be the same time NASA’s Perseverance rover is slated to touch down on the Red Planet. At the same time, the Hope Mars orbiter from the United Arab Emirates is expected to slip into orbit around the planet. If everything goes according to plan, 2021 should be an exciting year for Mars discoveries.