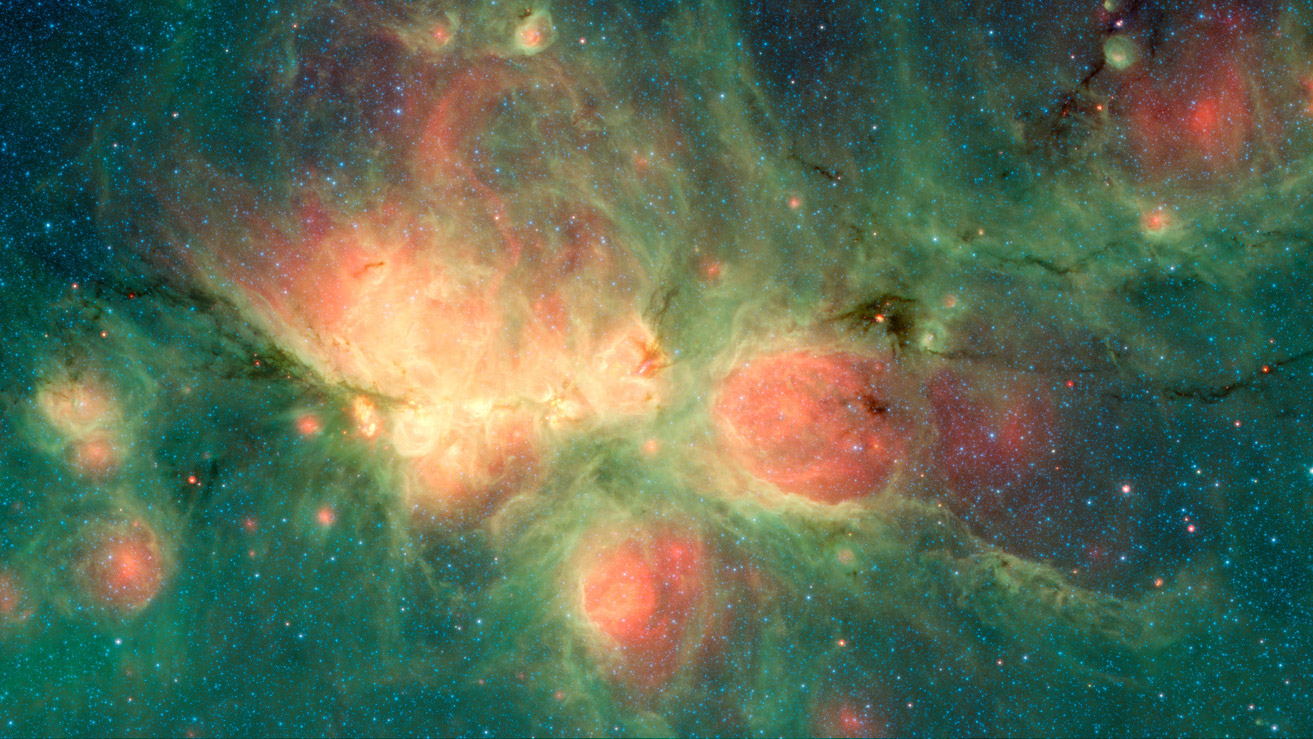 NASA’s Hubble telescope might still be snapping out of a gyroscope-induced funk, but the space agency’s other powerful space-gazing lenses are still working just fine. In a new post, NASA’s Jet Propulsion Laboratory is showcasing a truly stunning image captured by the Spitzer Space Telescope, which peered into the Milky Way to spot the Cat’s Paw Nebula and the big space bubbles it keeps blowing.

The Cat’s Paw Nebula earned its name due to the bulbous features that give it so much personality, but what exactly are they? As JPL explains, those big bubbles are thought to be heated gas surrounding brand new stars that have taken root in the massive clouds of dust that make up the nebula.

“Framed by green clouds, the bright red bubbles are the dominant feature in the image, which was created using data from two of Spitzer’s instruments,” JPL explains. “After gas and dust inside the nebula collapse to form stars, the stars may in turn heat up the pressurized gas surrounding them, causing it to expand into space and create bubbles.”

We have gravity to thank for all of this, of course. When the dust and gas begin to collect and draw in more and more material round one central point, that rapidly-growing object can eventually reach a mass high enough to turn it into a star. The area of the Cat’s Paw Nebula thought to be responsible for star formation is somewhere between 80 and 90 light years across.

Really, the Cat’s Paw is just around the bend from us, but it’s far enough away that there’s little hope we’d ever actually venture there — that is, unless mankind finds the key to ultra-high-speed space travel. For now, we can just star at it and enjoy the show.