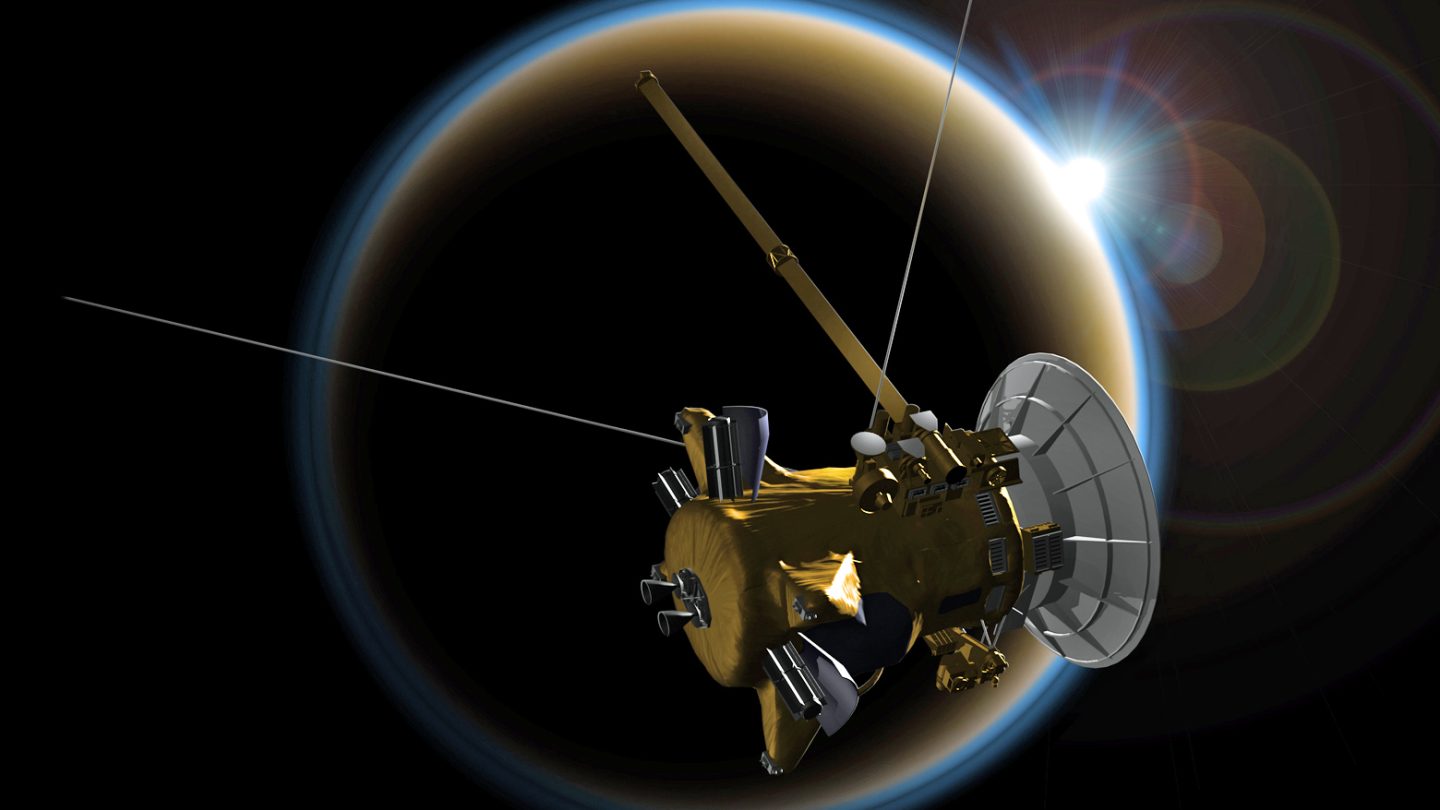 NASA’s Cassini spacecraft has been delivering fantastic views of Saturn and its moons for many years now, and this year it will meet its ultimate fate: incineration in Saturn’s atmosphere. The satellite just completed its final flyby of the moon Titan and, thanks to the gravity boost provided by slinging around the moon it is now headed on what is essentially a months-long path that will end with Cassini’s complete and utter annihilation.

Now, Cassini will perform its most daring task to date: diving between Saturn’s rings a remarkable 22 times between April 26th and September 15th. The craft will grace Saturn’s upper atmosphere a handful of times during these passes, and will achieve a truly insane top speed of over 76,800 miles per hour in relation to the planet.

Unfortunately for NASA, Cassini will give them a whole lot of stress as it’s performing its never-before-attempted ring dives. The craft is slated to repeatedly lose radio contact with its handlers for many hours at a time as it performs its various readings and snaps gnarly photos close to Saturn, and scientists here on Earth will just have to wait until it regains a signal and can finally communicate again.

Ultimately, Cassini’s life will end on September 15th when its final dive ends and the satellite cruises straight into Saturn’s atmosphere. The friction is expected to tear the craft to pieces, incinerating it even as it sends back its very last messages to Earth. It’ll be a sad day, but with how well Cassini has performed during its stint in space, it will have earned its place in history.