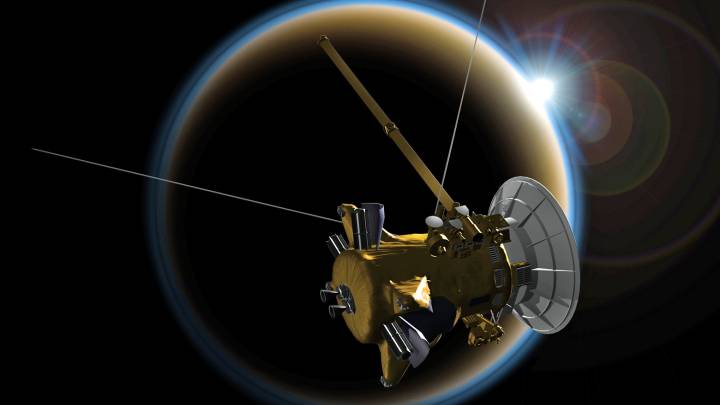 The Cassini orbiter has provided us with some spectacular sights of Saturn and its moons over the years, but one of the spacecraft’s most important moments won’t actually be visible to any of us. Early morning on Friday, September 15th, Cassini will complete its final act as it flies headlong into Saturn’s atmosphere, destroying itself in a blaze of glory, and NASA will be live streaming the entire event.

The craft, which is constantly sending back data and observations even as it cruises towards its ultimate demise, will hit the planet’s atmosphere at several tens of thousands of miles per hour, and the intense friction it will experience will cause it to burn up. Astronomers here on Earth will have only a very slim chance of actually being able to observe Cassini’s death, but NASA’s mission control will know exactly when it happens.

NASA is planning on live streaming from inside its mission control room as Cassini finishes its journey and is destroyed by Saturn. Scientists recording the data being sent back by the craft will know the moment of its death because the feed will fall silent, and that will mark the end of a truly historic extended mission.

The live stream, which is embedded above, is scheduled to start up at 4am PT (7am ET), with Cassini’s end of mission to come shortly thereafter. There will also be a recap and, presumably, lots of looks back at the discoveries and data Cassini has provided NASA with over its 13 years of studying Saturn.