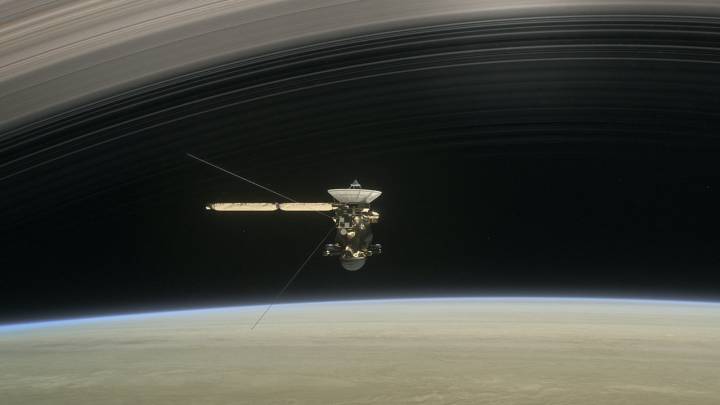 In less than 10 days, NASA’s heroic Cassini orbiter will make its suicidal dive into the surface of Saturn, bringing an end to a truly historic mission that has surpassed all expectations. Here’s what’s going to happen when Cassini when it makes its final, fateful cruise into the planet it has been studying nearly all of its life.

Right now, the Cassini orbiter is preparing to make its final crossing of Saturn’s rings. The spacecraft has already made 21 of these passes, and after it completes number 22 it will have accomplished the last of its planned trips through Saturn’s iconic debris disc. That last dive will occur in roughly six days, but Cassini’s journey will not have ended quite yet.

A little over three days later, Cassini will perform its very last act, diving for Saturn in a way that it has never done before. It will cruise into the planet’s atmosphere, positioned such that its antenna will be pointed back towards Earth and away from the brunt of the friction the craft will experience as it gets closer and closer to Saturn. With its sensors up and running, it will shoot back as much scientific data as it can, even as its instruments begin to succumb to the intense heat.

At some point, the craft will cease to function, and it will completely burn up in Saturn’s atmosphere, leaving nothing behind. The data sent back during this heroic endeavor could be some of the most important that Cassini has ever relayed, and NASA will surely be eager to sift through it for hints at new discoveries.

That will be the end of Cassini, and after nearly 20 years of floating through space, it will have accomplished an astonishing amount of research, teaching humanity more about Saturn than we every could have dreamed.