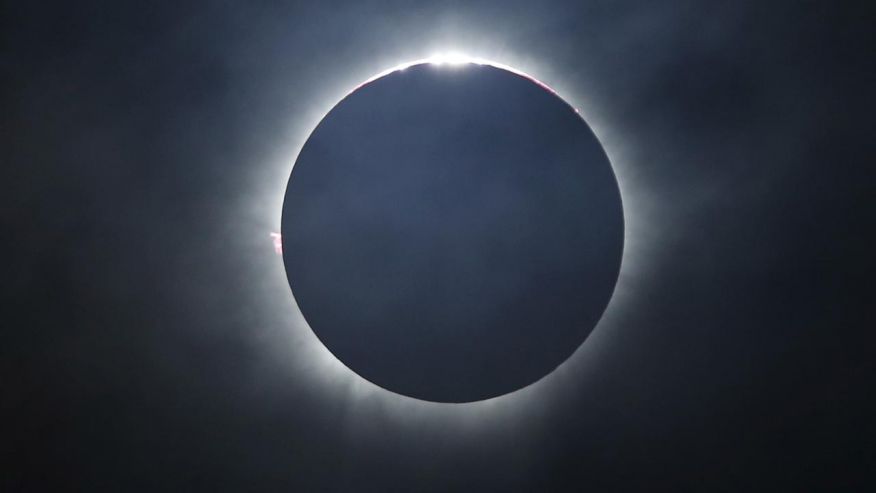 Californians have been asked to save energy during next month’s eagerly-anticipated solar eclipse to help reduce the strain on the state’s solar power resources.

The California Public Utilities Commission (CPUC) has set up the CalEclipse.org website, where Californians are urged to “do your thing for the sun,” by reducing energy usage from 9 a.m. to 11 a.m. PT during the Aug. 21 solar eclipse.

The Commission notes that as the solar eclipse passes over the Pacific Northwest, it will affect solar resources providing power to California’s grid.

“We have plenty of wind, geothermal, hydro, and natural gas to make sure the grid runs smoothly during the solar eclipse, but we also have a lot of Californians who want to do their California thing and step in to help replace the sun when it takes a break,” explained CPUC President Michael Picker, in a blog post. “When we come together to do one small thing to reduce energy usage, we can have a major impact on our environment.”

‘GREAT AMERICAN ECLIPSE’ 2017: WHAT IT IS, WHEN IT’S HAPPENING AND WHY YOU HAVE TO SEE IT

Californians visiting CalEclipse.org can pledge to cut their energy usage by replacing lightbulbs with LEDs, turning off lights, unplugging appliances not in use and turning up their air conditioner thermostats by 2 to 5 degrees. Residents of the state are also urged not to charge their electronics during the eclipse.

CPUC says that during the solar eclipse the moon will obscure 58 to 76 percent of the Sun’s rays, depending on where solar power resources are located. This will result in a temporary loss of 4,194 megawatts to the state’s solar electricity capacity.

HOW NASA JETS WILL CHASE THE SOLAR ECLIPSE ACROSS AMERICA

The Golden State had 18,296 megawatts of solar electricity capacity installed at the end 2016, according to the Solar Energy Industries Association (SEIA).

California is the leading solar energy state in the nation. In 2014, California became the first state to generate at least 5 percent of its electricity from “utility-scale” solar plants – generators producing at least 1 megawatt of capacity, the U.S. Energy Information Administration reports. Solar power accounted for almost 10 percent of the state’s total in-state power generation in 2016, according to the California Energy Commission.

The state will not experience another solar eclipse on this scale until 2045, CPUC says.