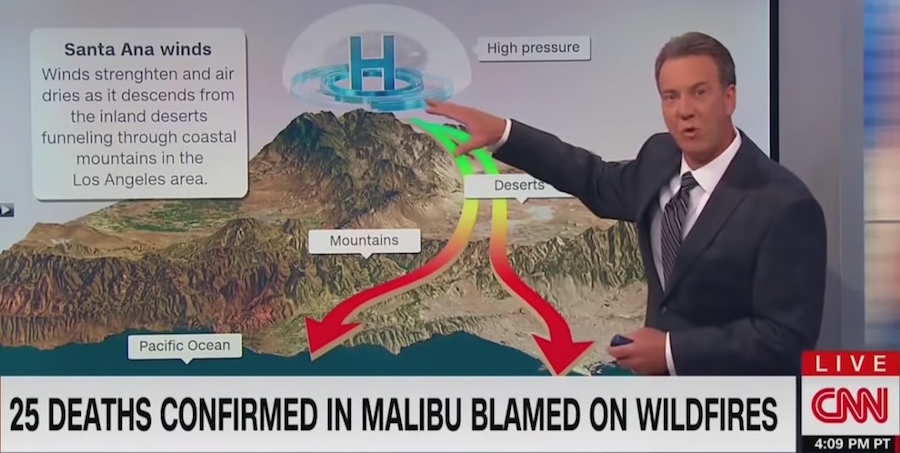 The wildfires sweeping through Southern California over the past few days have been nothing short of devastating and profoundly tragic. Upwards of 31 people have died as a result and more than 230 people still remain missing. With entire neighborhoods destroyed, hundreds of thousands of Californians have been forced to evacuate and the photos and video footage we’ve seen of the wreckage thus far have been shocking and grim. The city of Paradise in particular was completely destroyed.

Amidst the tragedy and ongoing flames, which firefighters are still battling to keep under control, President Trump over the weekend fired off a tweet that many were quick to categorize as tasteless, callous, and completely misinformed. In case you missed it, Trump’s tweet curiously placed blame on the wildfires on a mismanagement of funds while also threatening to stop funding to certain agencies.

There is no reason for these massive, deadly and costly forest fires in California except that forest management is so poor. Billions of dollars are given each year, with so many lives lost, all because of gross mismanagement of the forests. Remedy now, or no more Fed payments!

Trump was widely criticized for a tweet that was anything but presidential, and CNN meteorologist Tom Sater yesterday took umbrage with Trump’s remarks while also explaining in precise detail why Trump’s vantage point here is so off the mark. Put simply, the notion that forest management is to blame is objectively wrong.

“This has nothing to do with forest management,” Sater said, “we’re not looking at dense forest here, especially down in Malibu.”

“Forest management has nothing to do with mountain winds coming down the passes at 70 miles per hour,” Sater added, “or humidity levels in one hour dropping Thursday from 35 percent down into the single digits, dryer than most deserts.”

Sater also echoed a tweet making the rounds on social media that effectively said Trump’s point of view is akin to stopping funding for the National Hurricane Center until you “stop all these hurricanes.”

The full video can be seen below and is well worth checking out.