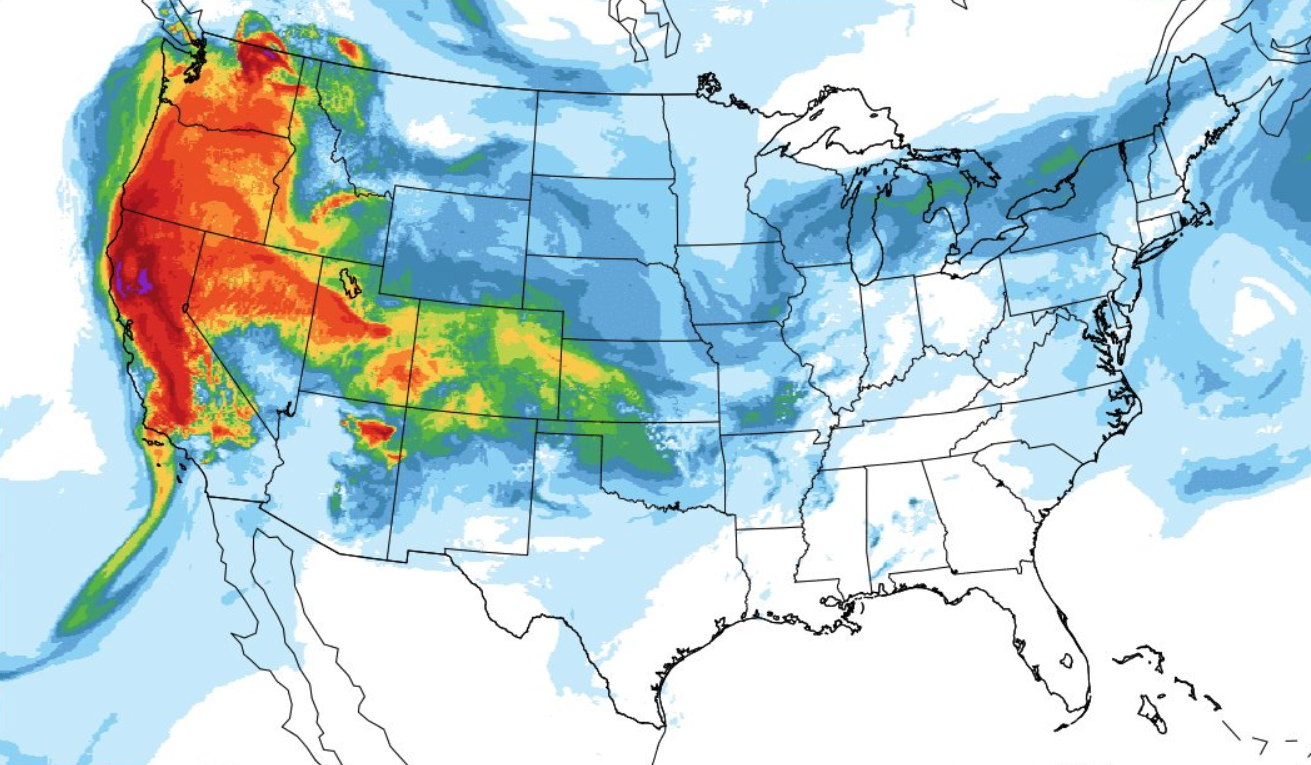 California is currently in the midst of a pretty serious wildfire crisis. Emergency management officials are working tirelessly to contain the fires as they jump rivers and roads and spread to new areas, but while the danger is highest in California itself, the effects of the raging infernos can be felt as far away as New York City.

As CNN reports, the most recent forecasts from the National Weather Service clearly show the towers of smoke from the wildfires on the West Coast finding their way all the way across the United States.

“Smoke from the western fires is making it all the way to the East Coast and beyond,” the National Weather Service said in a tweet. The smoke isn’t near the surface, however, and the NWS explains that the smoke is flying about a mile high as it makes its way over the eastern half of the country.

Smoke from the western fires is making it all the way to the East Coast and beyond (at least aloft–mostly above a mile above the surface). Here's the vertically integrated smoke (HRRR model from last night). Another map showed some smoke near the surface even in New England. pic.twitter.com/0Jl6WDAFjg

For now, the smoke doesn’t pose any threat outside of its area of origin. If the smoke remains aloft it shouldn’t impact air quality in any measurable way. However, it’s also possible that winds could push the smoke lower, perhaps even down to ground level, at which point it would be a health risk to those with respiratory issues and a headache for health officials.

That could become a real possibility, as the fires in California aren’t very well contained at the moment and may continue to burn for a considerable amount of time. The latest estimates put containment for some of the individual fires at as low as 5%. The fires have claimed tens of thousands of acres already and show little sign of slowing.