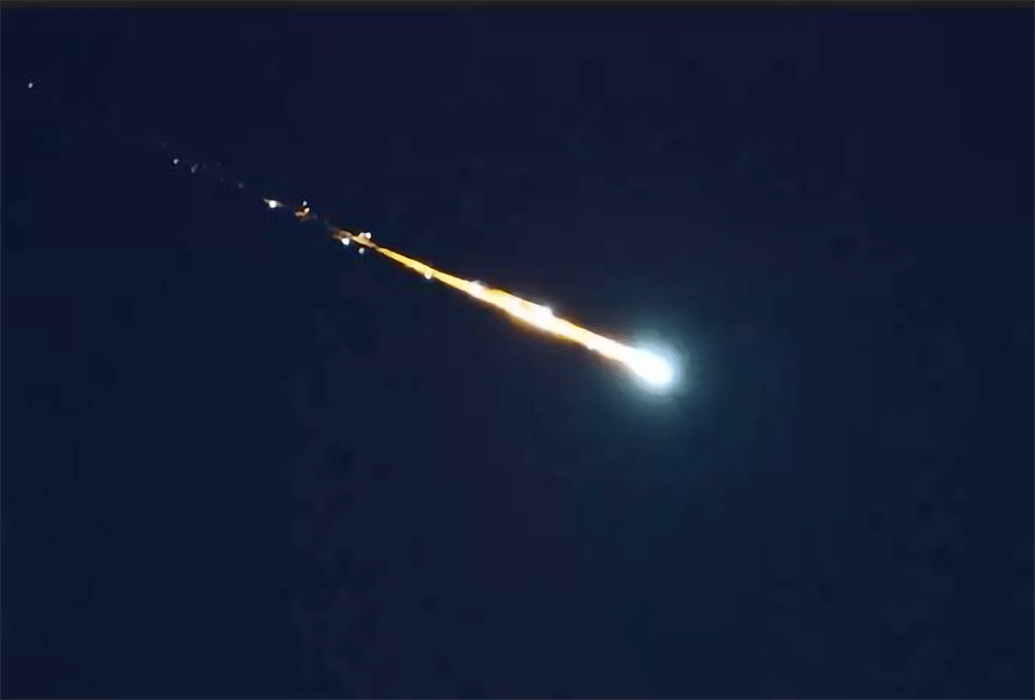 Boston residents who happened to be gazing skyward got an end-of-the-year surprise last night as a meteor sped through the sky, creating a “ball of light” visible for hundreds of miles. The tiny fragment of space rock produced quite a stir, with countless sighting reports flooding social media and attracting the attention of local news outlets.

“I saw a bright blue flash while I was out shoveling,” one resident posted on the Facebook page of local ABC affiliate WCVB. “Then a fireball like missile pass over me.” The fireball wasn’t a missile, but a pint-sized meteor that was likely only about the size of a golf ball. But it still managed to light up the sky as it was incinerated in Earth’s atmosphere.

The tiny space rock didn’t cause any damage or injuries, and likely completely disintegrated as it was burned up by the friction of the atmosphere. It was spotted at around 5:52 pm local time, and was described by some witnesses as having “a greenish glow,” while others claim they saw a blue flash. These varying reports can be attributed to different vantage points, as fireballs can appear slightly different depending on where a person is located in relation to it.

Surprisingly, very few photos were snapped of the fireball, likely because its small size and incredible speed meant the entire spectacle was over in just a few seconds. However, a webcam situated in Maine managed to capture a bright white streak as it lit up the night sky.

The incident is not expected to impact the New England Patriots’ inevitable Super Bowl win.