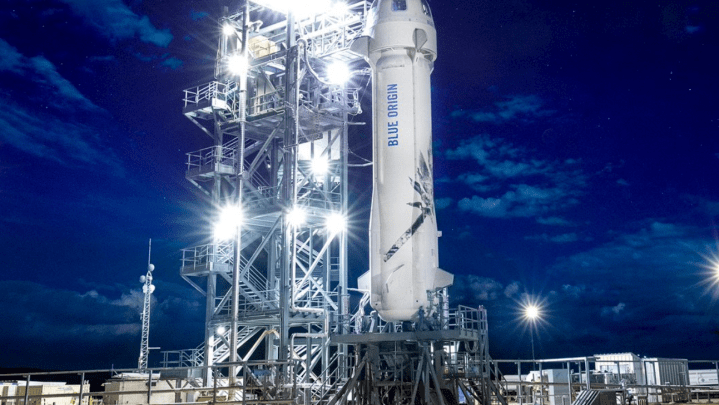 This year has already been packed with rocket launches, and many of those have come from SpaceX. There’s no denying that SpaceX is leading the private spaceflight industry at the moment, but Blue Origin is still grinding away in the hopes that it can be one of the first to offer its services to high-paying clients. Today, the company will get a chance to fly its New Shepard spacecraft yet again, and you can watch it live.

The flight will be Mission 9 for the company, and will feature a “high altitude escape motor test” which the company says will “push the rocket to its limits.” The launch is scheduled for 10 a.m. ET, and a live webcast will be covering the entire event.

The stream will be available here, and will go live shortly before the scheduled launch window:

Unlike SpaceX, which thus far has largely focused on sending cargo into space as opposed to humans, Blue Origin is leading the charge on space tourism and crewed missions. The company is already selling tickets for adventurous travelers who want to spend a short while in space, and you can stick your name on the list if you’ve got a spare $200,000 lying around. (I mean, who doesn’t?)

However, before any of that can happen the company needs to make sure its hardware is up to the task, and flights like the one today are steps in that direction. Blue Origin will once again be putting a mannequin onboard the New Shepard capsule today to measure the various forces it feels as it rides the powerful rocket skyward. Safety of the people on board the spacecraft is of the utmost importance, and nobody is going to be shelling out huge chunks of cash if something goes wrong in one of the first manned flights.

Today’s launch should be pretty routine for the space startup, but nothing is ever guaranteed when you’re working with rockets.