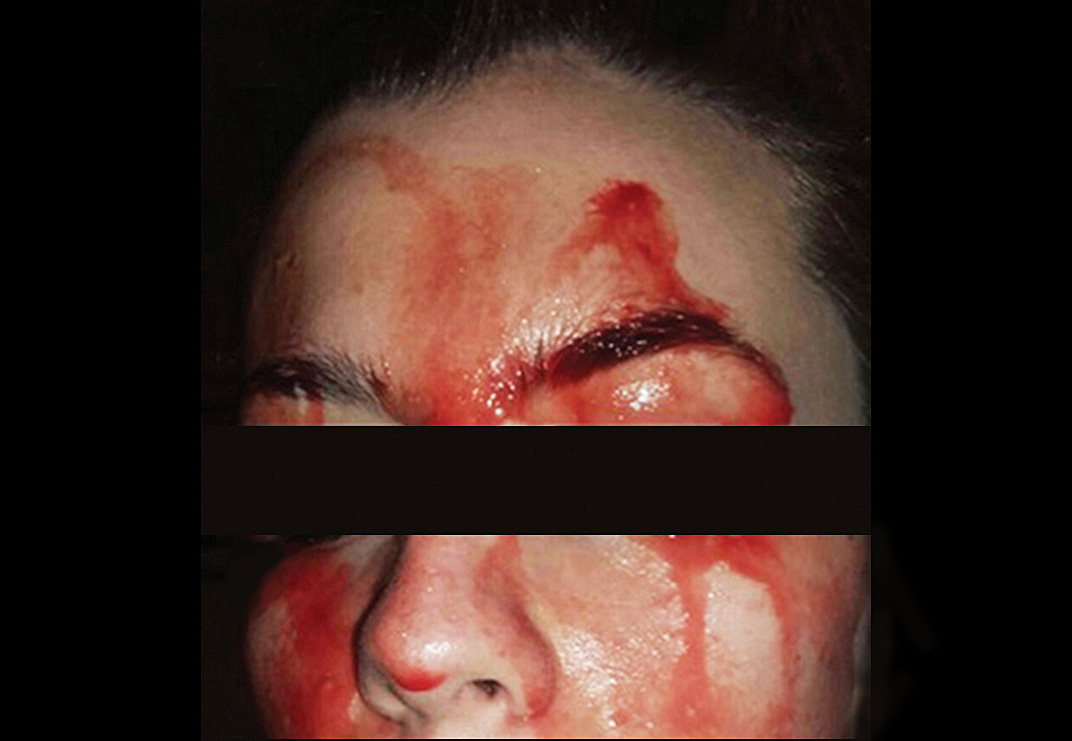 The human reaction to the sight of blood is something that is programmed from a very young age. It means something is wrong, and needs to be addressed immediately, be it a cut, scrape, or gash on the skin, or even more serious issue like internal bleeding that manifests as blood in the mouth or other orifice. Doctors in Italy were recently faced with a patient whose bleeding was — and still is — completely unexplainable, because it comes out like sweat.

The patient, a 21-year-old woman, sweats blood. That’s not an exaggeration; she literally sweats blood. The bleeding, which occurs mostly on her face and the palms of her hands, and happens when she’s performing physical activity or even while sleeping. Doctors are stumped.

The unidentified woman’s issues began three years prior to her visit with doctors, with the bleeding episodes lasting as long as five minutes, and without any trauma to the underlying skin. The condition, which is called hematohidrosis, is incredibly rare, and researchers still can’t determine exactly how it works or why it happens in the first place. The case was reported in the medical journal CMAJ.

In fact, the condition is so rare that the first thing doctors had to figure out is whether or not the patient had found some way to fake it. After that was ruled out, the diagnosis was made, but that does little to help the patient, who has reportedly become socially isolated out of fear that her symptoms will crop up in a public setting.

Only about 20 people are known to have been diagnosed with the condition since 2000, and there’s no known cure. The woman in this particular case was treated with a medication typically used to treat blood pressure irregularities, and was able to see an improvement in her symptoms, but not a complete stop to the bleeding.