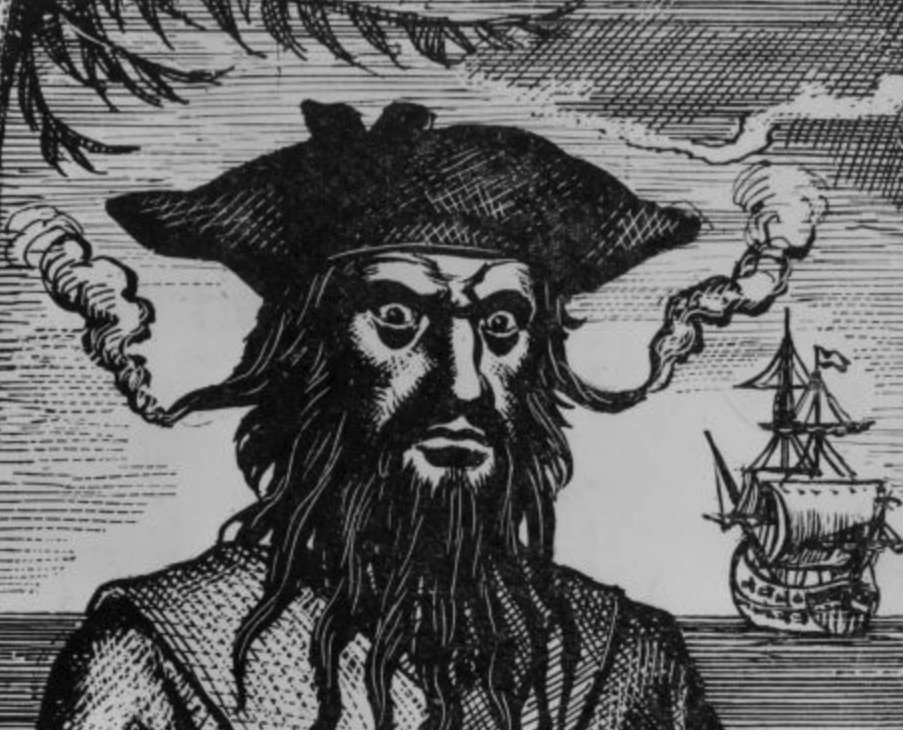 Hollywood has had a love affair with pirates for a long, long time, but no matter how many swashbuckling tales you’ve seen on the silver screen, you’ve probably never bothered to wonder what pirates read in their down time. Sure, firing cannon balls at hostile vessels and forcing enemy captains to walk the plank must have been exciting, but sailing is actually pretty boring most of the time. Now, the discovery of tiny scraps of paper on the infamous pirate Blackbeard’s flagship offers a clue as to what bored pirates read during their down time.

The paper fragments, most of which were smaller than a quarter, were found in a pile of wet gunk crammed inside the chamber of one of the cannons of Blackbeard’s iconic ship, Queen Anne’s Revenge. After bringing the cannon back to the surface researchers were able to preserve the incredibly old paper, which is thought to be around 300 years old. Remarkably, some of the printed text was still readable.

Archaeologists from the North Carolina Department of Natural and Cultural Resources compared the tiny blocks of text with texts that would have been available at the time Blackbeard’s ship sank and eventually got a hit. The scraps were from a 1712 book by Edward Cooke of the Royal Navy titled “A Voyage to the South Sea, and Round the World, Perform’d in the Years 1708, 1709, 1710 and 1711.”

“Cooke’s book was a ‘voyage narrative’ describing his adventures on an expedition made by two ships, Duke and Dutchess, which sailed from Bristol, England in 1708,” the researchers explain in a blog post. “The expedition leader was Captain Woodes Rogers, who also published an account of the expedition, and who was later sent in 1718 as Royal Governor to rid the Bahamas of pirates.”

Yes, as remarkable as it might seem, the pirate Blackbeard’s most prized ship apparently had reading material written by other sailors, and Royal Navy officers at that. Now, that’s not to say that Blackbeard was actually the one reading the book. In fact, for all we know the book was garbage or simply being held on to as a source of paper for fires. In any case, it’s still an incredibly interesting find.