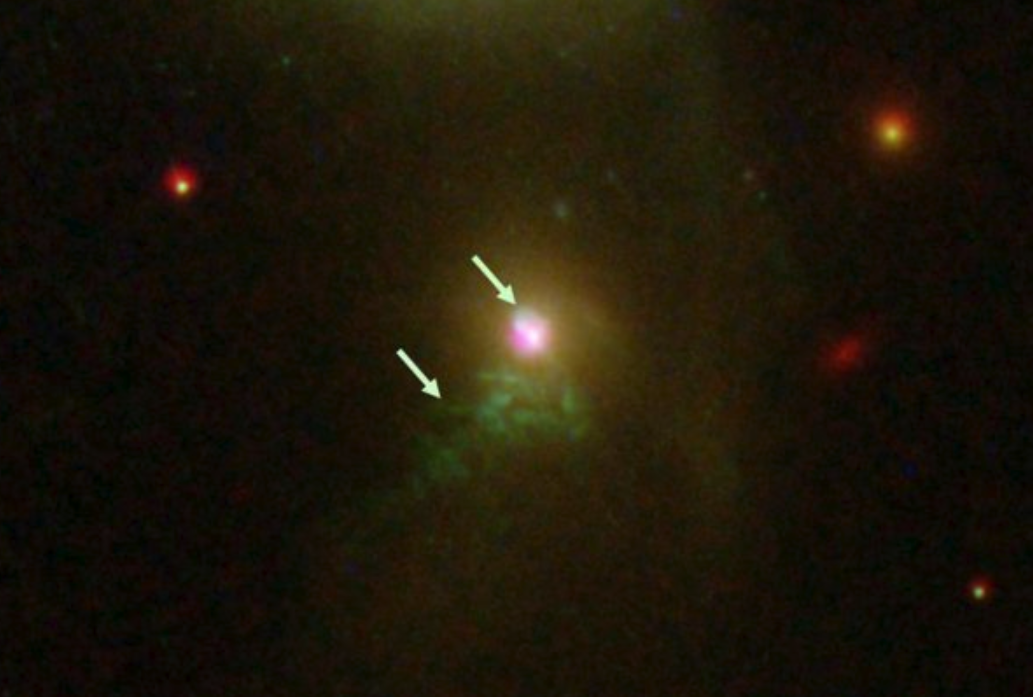 We’ve all felt the pressure that builds up in our stomach after a can of carbonated cola or a particularly filling meal, and no matter how polite of a person you are, you no doubt let a nice healthy burp fly every now and then. As it turns out, black holes have a similar habit, and astronomers have just captured photo evidence of one of the universe’s most destructive entities burping not once, but twice in quick succession.

Scientists using some of mankind’s most powerful space observation tools — the Hubble and Chandra space telescopes — have observed the black hole at the center of a far-off galaxy spewing hot gas in two separate events. The galaxy, called SDSS J1354+1327 (catchy name, huh?) is some 800 million light-years from Earth, but that’s still close enough for astronomers to detect its foul behavior.

The observations were presented this week at a meeting of the American Astronomical Society, where astronomer Julie Comerford explained what the team was able to see.

“Black holes are voracious eaters, but it also turns out they don’t have very good table manners,” Comerford said. “We know a lot of examples of black holes with single burps emanating out, but we discovered a galaxy with a supermassive black hole that has not one but two burps.”

The “burps” appear as colorful explosions of gas emitting from the center of the galaxy. In the clearest photo of the event, the beginning of a massive burp is seen shooting out of the upper left of the black hole, while the remnants of an older burp can be spotted still dissipating below it. While these two events are thought to have happened some 100,000 years apart, that’s actually an incredibly short period of time when we’re talking about black hole activity.

Researchers believe the black hole is behaving this way because it is consuming a huge amount of nearby matter. The hole’s gaping maw is sucking up massive amounts of material, burping some of it out in a huge shockwave-like event, and then resting for a brief period before resuming its feast. You know, kind of like your uncle at Thanksgiving.