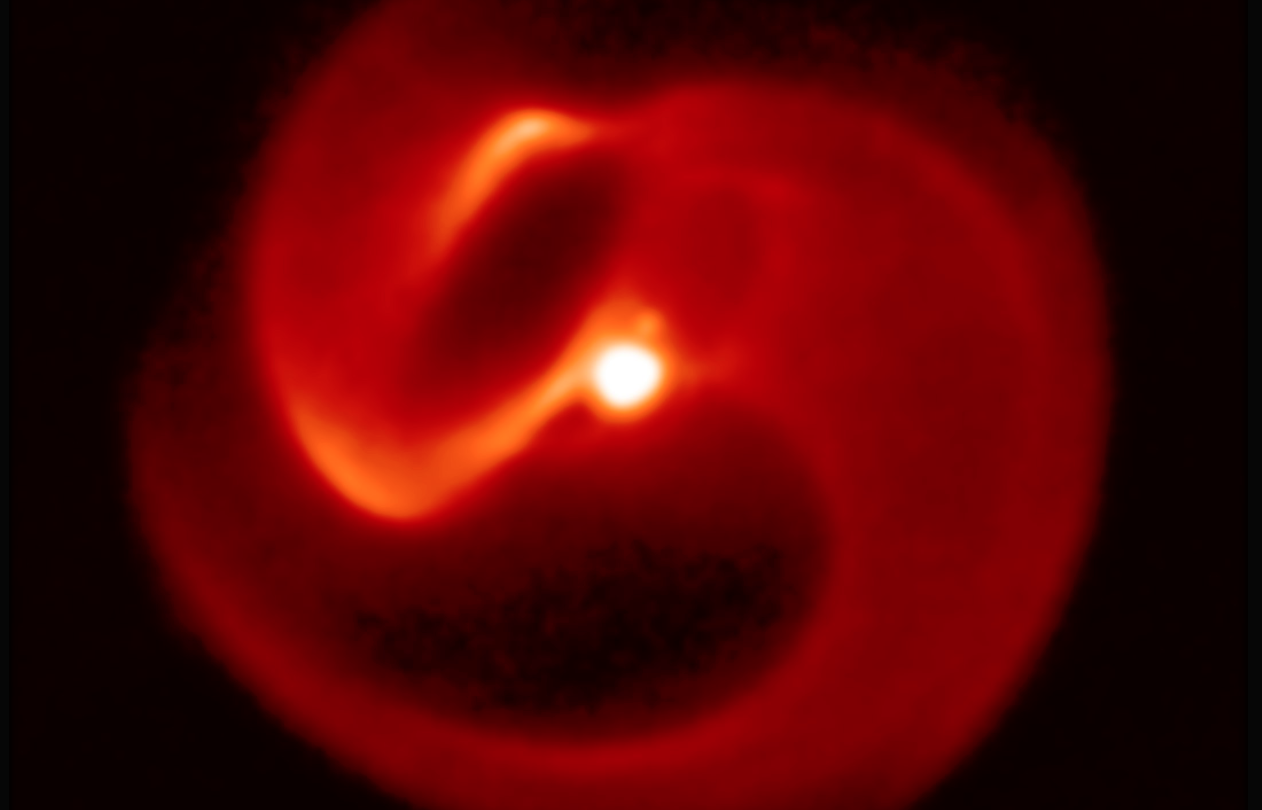 We only see one star, our Sun, up close on a daily basis, but the Milky Way is absolutely packed with them. It’s estimated that there are over 300 billion stars in our galaxy alone, and perhaps as many as 400 billion. With so much sky to cover, scientists are doing their best to catalog and observe as many as they can, but a new finding by astronomers at the University of Sydney is worth some extra attention.

Around 8,000 light years from Earth a pair of stars are locked closely together, orbiting each other approximately every one hundred days, and one of them is very close to death. When it finally bites the dust, researchers believe it could produce one of the most energetic explosions in the universe.

The study into the binary star system, which was published in Nature Astronomy, describes the pair of stars in impressive detail. As they spin around each other the stars spew dust out into space in a spiral pattern, forming a shape akin to the petals of a rose. But as gorgeous as it may be, this star system could prove incredibly dangerous for anything caught at the wrong place at the wrong time.

The astronomers believe that one of the two stars in the pair is on the brink of death. The combination of the size and heat of the star, along with its rapid movement as part of the binary system, suggests that it could produce a colossal supernova explosion violent enough to result in a gamma-ray burst.

Gamma-ray bursts are the most energetic events in the universe, aside from the big bang itself, and they are believed to be created when a massive star collapses, spewing enormous amounts of radiation in a narrow funnel, and at extreme distances. In fact, the destructive power of the blast is so intense that, even at 8,000 light years away, it could strip Earth of much of its atmosphere if we landed directly in the path of the burst.

However, the star doesn’t appear to actually be pointed towards our solar system, so if it were to produce such a burst it’s unlikely that we’d be affected. The researchers aren’t certain that it will produce a gamma-ray burst, but the possibility alone is exciting for astronomers.