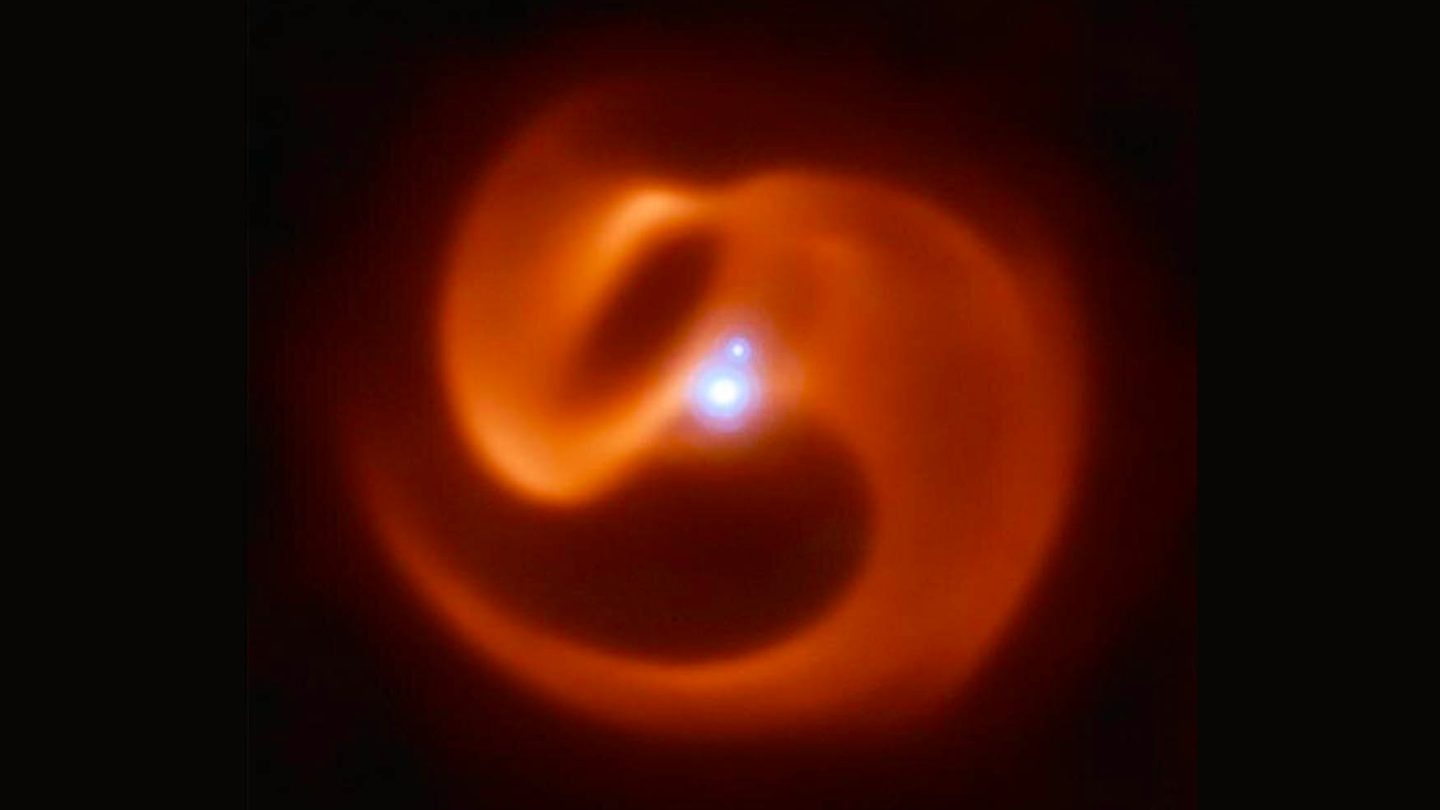 Our Sun is a relatively predictable star. We know that it goes through cycles, we know roughly how old it is and we think we know how long it’ll last in its current state before it starts to throw temper tantrums and destroy much of the solar system. But there are many different kinds of stars out there in the cosmos, and some are much more intense than our own.

One particular star, named Apep, is not only incredibly rare for what is, but based on what we know about its type, it’s not going to be around for much longer.

It’s called a Wolf-Rayet star. To gain this label, a star has to be both incredibly bright and hot, and at seemingly constant risk of collapsing and then exploding due to the amount of fuel it is using up. Apparently, the specific conditions for a star to meet the criteria are so rare that only one in a hundred million stars gains the Wolf-Rayet label.

Apep is one such star, but it’s actually even rarer than it would seem at first glance. That’s because Apep isn’t a solitary star, but rather a binary; two stars in a delicate dance as they orbit one another. Binary stars can produce spiral patterns as they emit material as spin around one another, but a binary Wolf-Rayet star produces an even more spectacular pattern in the heavens.

As you can see above in an image captured by the European Southern Observatory, Apep has produced a seriously gorgeous signature pattern in the skies. In fact, is it just me or does Apep’s incredible, sweeping spiral pattern look a whole lot like the logo for the third Alien movie?

It’s beauty, of course, belies the fact that the star is essentially a bomb just waiting to go off. “They are ticking time bombs,” Professor Peter Tuthill said in a statement. “As well as exhibiting all the usual extreme behaviour of Wolf-Rayets, Apep’s main star looks to be rapidly rotating. This means it could have all the ingredients to detonate a long gamma-ray burst when it goes supernova.”

At a distance of 8,000 light-years from Earth, it’s possible that the star has already detonated and we simply haven’t seen it yet. If that’s the case, we may be in for a pretty spectacular light show sooner rather than later.