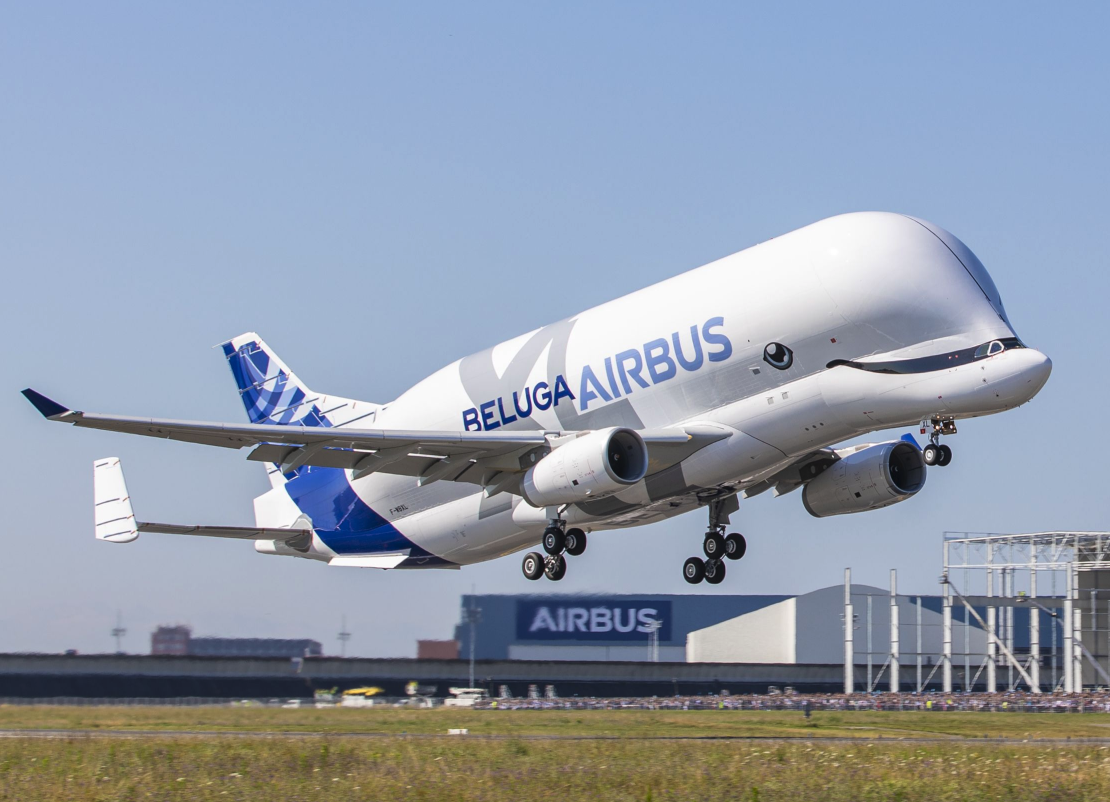 I have a bit of a thing for big, weird planes. The Super Guppy is one of my all-time favorite things ever, so when I heard that Airbus had a new mega-transport plane in the works I couldn’t wait to see it. The BelugaXL is that new plane, and the company just performed its very first test flight. It is glorious.

The BelugaXL is an absolute behemoth, capable of hauling a whopping 50 tons — bringing its total takeoff weight to nearly 230 tons. There’s absolutely no reason such a massive thing should be capable of getting even an inch off the ground, but thanks to the wonders of physics it flies just fine.

The plane is the successor to the already-huge Beluga, featuring 30% more capacity, and is expected to enter service in 2019. It’s designed to carry huge loads, including aircraft parts that simply couldn’t be transported by any other means. A huge section of the plane’s front end flips wide open to allow cargo to be loaded and unloaded, and large items are fully secured for the flight to avoid any shifting or sliding which could spell disaster for the plane.

The plane is 20 feet longer than its predecessor and has a huge list of upgraded components. It’s a serious machine with a serious job, but that hasn’t stopped Airbus from having a little bit of fun with it.

With a name like BelugaXL, it’s clear that Airbus sees the similarities between the plane and the massive mammals that dominate ocean waters. As a little nod to that fact, the plane’s first flight was flown with an incredibly charming paint job featuring a wide, smiling mouth and a pair of huge eyes. It seriously looks like a whale. I’m in love.