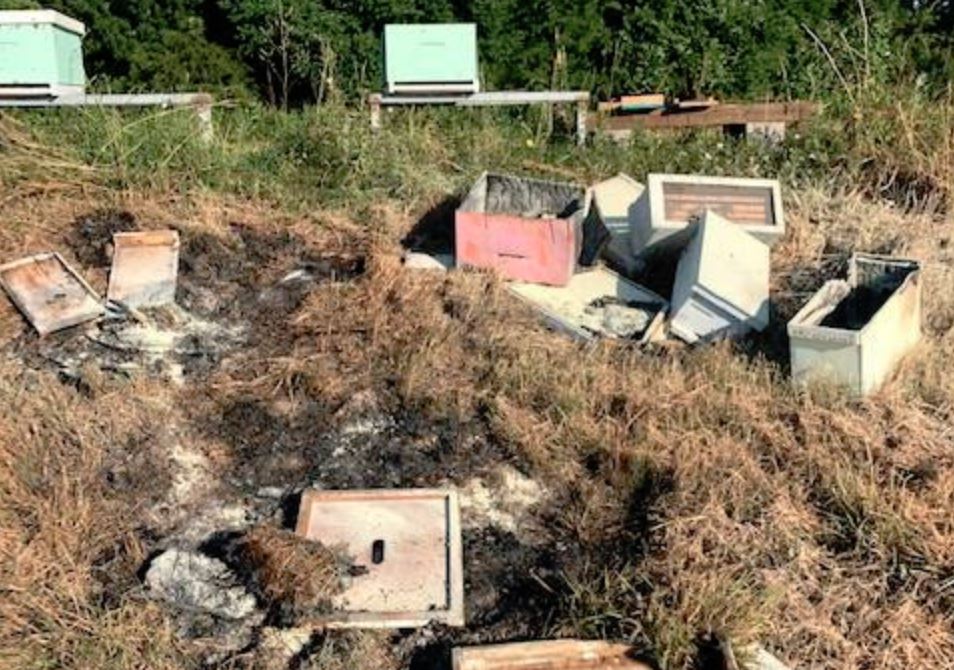 Despite their reputation for offering painful stings — a result of the general confusion between bees and wasps — bees are absolutely vital to our ecosystem. They pollinate plants, including crops that are a part of our everyday lives, but the numbers of bees in the wild have steadily declined due to humans.

One particularly gross human (or humans) in Texas decided to make it their mission to give the embattled insects an extra punch in the gut by setting fire to manmade beehives which were home to two dozen colonies and up to 600,000 individual bees. It was an act of arson, but beyond that it shows that whoever did it has absolutely no clue how nature works.

“Last night someone did major damage to a BCBA Bee Yard in Alvin last night,” the Brazoria County Beekepers Association wrote on Facebook. “Its bad enough to think in todays world this would happen but dumping them over and then setting fire to them is beyond comprehension.”

Scientists have been worried about bee populations for some time now, with populations plummeting thanks to the use of insecticides and other human actions that prevent bee colonies from thriving. The insects are a vital part of the ecosystem, and without them we’d lose far more than just honey.

“Tomatoes, squash, watermelons, bees pollinate those,” Steve Brackmann, a beekeeper in Texas, told KTRK. “So if bees don’t pollinate those, you get zero vegetables, we would see next to nothing in the vegetable stores.”

Most of the hives were set on fire, but some were also thrown into a nearby pond. A reward of $5,000 is being offered by a local crime stoppers group to help find the culprit, and the Brazoria County Beekeepers Association is adding another $1,000 on top of that.

It’s a disgusting and ignorant act, and we can only hope that whoever is responsible quickly meets justice.