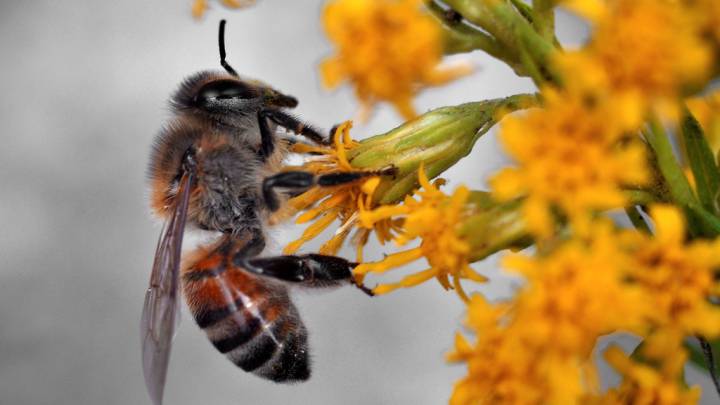 Mankind fancies itself pretty capable when it comes to taming Mother Nature, but many things humans have invented to manipulate nature to our liking have had unintended side effects. The latest example of this might be a herbicide called glyphosate which researchers now claim is actually killing honey bees.

In the study, which was published in Proceedings of the National Academy of Sciences, scientists explain that honey bees which have been exposed to the herbicide end up being more vulnerable to harmful bacteria. The increase in bad bacteria and decrease in good bacteria often results in the death of the bee.

Glyphosate, which is the active ingredient in some popular herbicides including RoundUp, has never been documented as having any affect on bees. It had long been generally accepted that the compound affects plants and has no affect on animals, but that’s begun to change in recent years. Just recently, a groundskeeper was awarded a $289 million judgement after a jury determined his regular use of RoundUp gave him cancer.

In this new round of research, scientists captured honey bees and exposed them to roughly the same amount of glyphosate that they would encounter in a field that had been treated with the herbicide. They marked the bees so their status could be monitored and then released them back into the wild.

Upon recapturing and studying the bees the team discovered a sharp change the amount of good bacteria in their gut as well as an increase in some harmful bacteria that left the insects more vulnerable to infections and death.

“Studies in humans, bees and other animals have shown that the gut microbiome is a stable community that resists infection by opportunistic invaders,” Nancy Moran, a professor with the University of Texas at Austin, said in a statement. “So if you disrupt the normal, stable community, you are more susceptible to this invasion of pathogens.”

The researchers are calling for more strict guidelines on the use of herbicides containing glyphosate, which they say are currently very lax.